Review of "Crisis Hotline” by The Headless Critic

Production by: Diamond in the Rough Films
Distribution by: High Octane Pictures 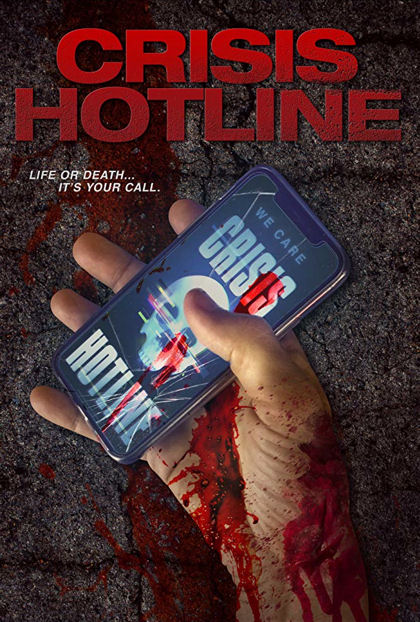 A week into his volunteer job at a LBGT crisis hotline all Simon (Corey Jackson) has done is look at his watch as the people who call in whine about their relationships or not being appreciated at their job. It’s a complaint hotline, not any kind of crisis. Then Danny (Christian Gabriel) calls in threatening to kill three people and things change. As Simon attempts to keep Danny on the phone asking him to tell his story and why he feels he needs to kill these people, the police attempt to trace the call in case this crisis is real. Simon is in for the ride of his life tonight and Danny is the perfect person to strap him in for it.

This crisis hotline thriller centers the exploitation of Danny who gets involved with the wrong guy Kyle (Pano Tsaklas). This LBGT focused thriller from writer and director Mark Schwab explores the dangers of social networking, dating and experimental drug use in relationships. With a potential killer calling in to a crisis hotline the script actually reminds me of Psycho 4 when Norman Bates calls into a radio talk show to recount his childhood and fears of his unborn child. It’s a rather slow paced thriller. Dark filming in the crisis hotline center could be better and the story isn’t as tight as it could be but good performances from Corey Jackson, Tsaklas and especially Christian Gabriel with a stand out role from Mike Mizwicki as the hotline assistant keep this film on a budget captivating until the very end.