Review of "The Night Sitter” by The Headless Critic 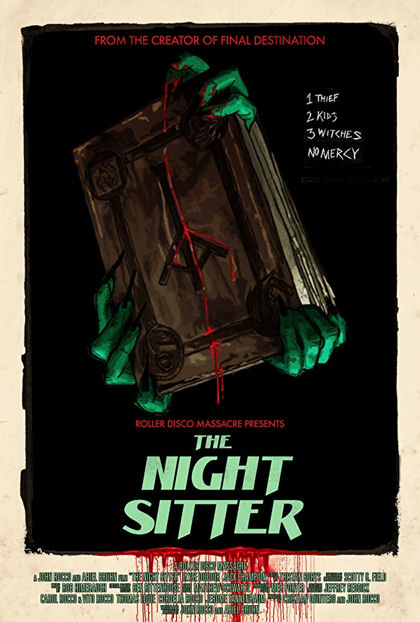 This Christmas season aspiring paranormal investigator Ted Hooper (Joe Walz) has a hot date with Charlotte (Deanna Meske) and there’s a new babysitter in the house Amber (Elyse Dufour) to watch their kids. Tasked with two pre-teen boys Kevin (Jack Champion) and Ronnie (Bailey Campbell), con artist Amber has her sights set on something worth a little more than her babysitting money tonight. Some babysitting gigs are a little easier than others depending on the kid you’re watching and Amber is sitting for an occult enthusiast's kid who’s haunted by something far worse than anything his television hosting father has ever encountered. It was supposed to be a simple heist, it turned into a nightmare.

All you have to do is survive the night in the second feature co-written and directed from Abiel Bruhn and John Rocco. Much like the 2017 Netflix hit The Babysitter, a less than reputable babysitter is put in charge on a night of supernatural horrors. Old school goes modern with “real” fake blood and fun practical effects enhanced by modern day CGI. Brightly shot in a dark light, this teeny filmed feature has a few too many curse words to be considered family horror but not enough grit for adults alone. Much like Gremlins, The Night Sitter teeters somewhere in-between child and adult. Being made on a budget by sophomore filmmakers it struggles to find the fantasy magic of a Christopher Columbus, Joe Dante film falling victim to comedic sex appeal over heart and horrors.