Review of "Scary Stories” by The Headless Critic 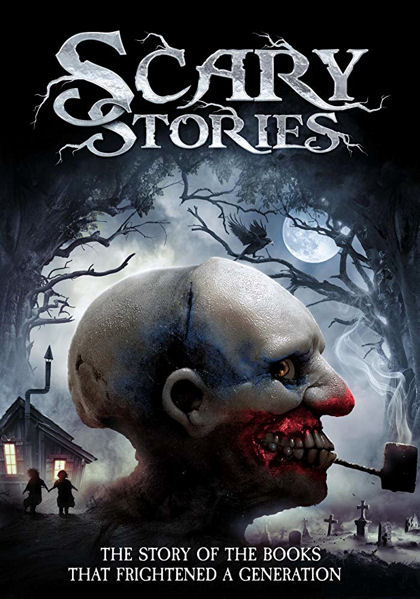 "Don't you ever laugh as the hearse goes by,
For you may be the next one to die.
They wrap you up in big white sheets
and cover you from head to feet.
They put you in a big black box
And cover you with dirt and rocks.
All goes well for about a week,
Until your coffin begins to leak.
The worms crawl in, the worms crawl out,
The worms play pinochle on your snout,
They eat your eyes, they eat your nose,
They eat the jelly between your toes."

In 1981 veteran author Alvin Schwartz released a collection of horror short stories for kids appropriately title Scary Stories To Tell In The Dark. Schwartz writing with gruesome graphic art from illustrator Stephen Gammell would haunt and inspire a generation. This same children’s book that got kids to read would also become the most banned book in the United States in the 1990's. This is a documentary of Scary Stories told in the daylight and out of the dark.

A longtime author of little acclaim who once had it out with his own son about not writing anything worthwhile and not having done more with his life, Alvin Schwartz’s Scary Stories to Tell in the Dark gained notoriety among kids years after its initial release as youths began finding the graphically illustrated short story novel in their local school libraries. Gammell’s dark illustrations on top of the horror shorts from Schwartz sparked one mother and PTA President Sandy Vrabel to question whether these scary stories were appropriate for her child leading to a long legal battle and controversy that had school librarians standing up to their principal to keep a witch hunt of scary story book burnings out of their libraries an away from the kids these books inspired to read.

Popular Goosebumps author R.L. Stine was once called a training bra for Alvin Schwartz. Sadly Schwartz would not see the generation that he helped inspire grow up to become adults and produce their own Scary Stories inspired creations including this documentary. Outside of the two men who created Scary Stories To Tell in the Dark, Alvin Schwartz and Stephen Gammell, first time documentary director Cody Meirick gathers all others including the Schwartz family, audio from the late Alvin Schwartz himself, the woman who lead the front to make this children’s novel the most banned book of the 90’s Sandy Vrabel, famed author R.L. Stine and the generation that was inspired by this work to tell the stories about the picture that shat a thousand pants, how a children’s book became the most banned book of a decade and how almost forty years after being released these childhood scary stories are still inspiring. They're finally even being made into a Hollywood feature film and of course this documentary.