Review of "Vortex" by The Headless Critic 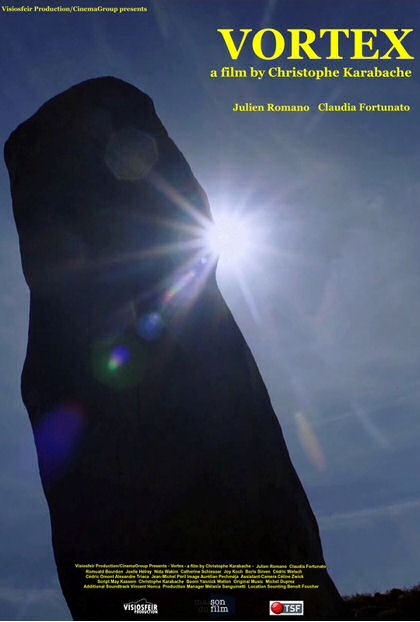 The Man:
A Man (Julien Romano) of the city, hiding in the shadows, moving from place to place running from the bloodshed he leaves behind. As a child he was separated from his parents. As an adult he decided to become his parents’ lover. Then he decided to finish them off, finally saying goodbye. Killing doesn’t bring him pleasure, nor does it terrify him, it’s simply the only solution he has left. Fleeing from his murderous acts a desperate killer leaves the city behind for the countryside where he intends to end his life.

The Woman:
A Woman (Claudia Fortunato) of nature, harvesting her own blood to bring new life, one with her surroundings in a place she alone calls home. She is the flower in her garden, the weed she plucks from the ground, an infusion of her life is in everything that surrounds her. Her life in this oasis that was once a place where bad things happened is as peaceful, pure and beautiful as the surroundings she’s created.

The Review:
Aesthetically beautiful from locations to cinematography and the story of the simplicity of life’s itself. A Woman who harvests her menstrual blood uses it to bring forth life from her plants outside and now the Man who just killed himself at her isolated countryside home. Like the flower in her garden that she feeds her menstrual blood, the Man too is fed new life.

Trauma can evolve and become an important part of your personality maybe that's what happened to crazy French director Christophe Karabache. Unassuming, mild mannered and charming, Christopher Karabache seems to love to laugh at life, he also just made one of the most unique, crazy films with more period blood in it than I’ve ever seen in cinema. I’ve seen Vortex four times now with a better understanding of it than I’ve ever had before but each viewing has still left me wondering WTF did I just watch.