Review of "The Church” by The Headless Critic 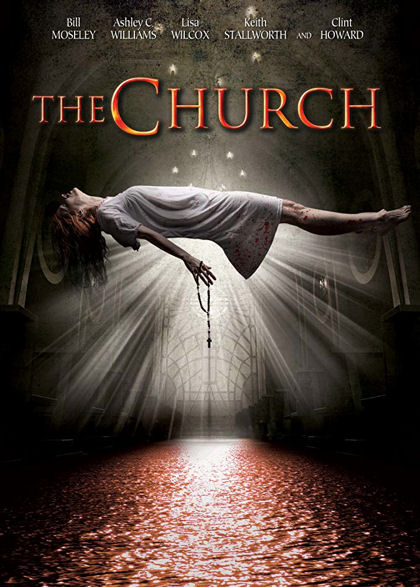 If anyone destroys God’s temple, God will destroy that person; for God’s temple is sacred, and you together are that temple. - 1 Corinthians 3:17

It’s been three months since The Lawson Development Corporation have been trying to buy a local church. Pastor James (Bill Moseley) is the last holdout on his block in his Philadelphia neighborhood. The church has been in his family for decades. It’s where he married his wife Loretta (Michelle Romano). The church needs renovations and his congregation has been dwindling but he just doesn’t want to sell a place they all know as home. When a lucrative offer comes in, the church boards take a vote on their future. The trustee board, the deacon board and the stewardess board weigh-in through anonymous votes on whether or not to sell the church but the spirits of the congregation from the past of this age old church will also have their vote heard.

Clint Howard, Lisa Wilcox and Ashley C. Williams lead a large congregation of actors that bring a lot of talent to the screen. Bill Moseley always impresses and he fits the lead role of a Pastor perfectly. Former professional wrestler Vito LoGrasso even has a fitting role as an enforcer that he plays well. Budget CGI effects make this horror film a complete comedy but I'm not sure writer and director Dom Frank knew he had a comedy in the making. Clint Howard’s role as The Spirit could have been so amusing but it seems The Church forgot to have fun in its horror sermon.