Review of "Joker” by The Headless Critic 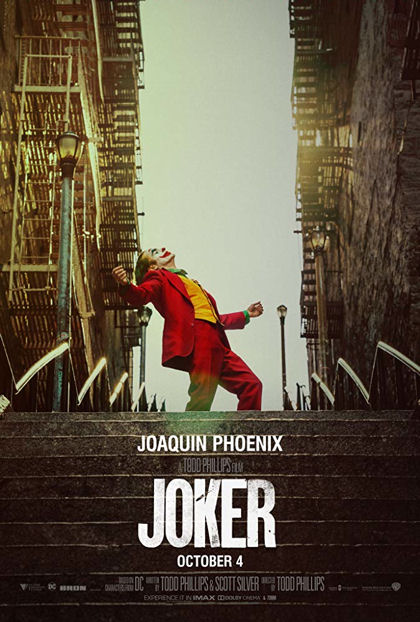 He was always such a happy baby. Arthur Fleck (Joaquin Phoenix) is a good boy who lives at home devoting his life to taking care of his mother Penny (Frances Conroy). Since he was a child he’s had a condition where he laughs uncontrollably at the most inappropriate times. He’s made the best of his condition becoming a clown to bring laughter and joy to the world. Everyone’s even telling him his stand-up routine is ready for the big clubs. What a joker. His mother always told him to smile and put on a happy face. The worst part of having a mental illness is people expect you to behave as if you don't.

The world just keeps getting crazier out there since he got out. No one respects Arthur. Now it appears the politicians are cutting social services and Arthur’s not sure where he’s going to get his medications. They don’t give a shit about people like Arthur. The problem today is nobody thinks what it's like to be the other guy. You think rich men like Thomas Wayne (Brett Cullen) ever think what it's like to be someone like Arthur, to be anyone but themselves? They don't. They think that everyone will just sit there and take whatever happens, like good little boys. That they won't werewolf and go wild.

What do you get when you cross a mentally ill loner with a society that abandons him and treats him like trash? You get what you deserve of course. For his whole life he didn’t know if he even really existed, but he knows now and other people are starting to notice too. Comedy is subjective. Arthur used to think his life was a tragedy, but now he realizes it’s a comedy. But you wouldn’t get it.

Since Batman Begins, comic based movies have lacked heart worrying more about what’s on their green screen than they are telling a character based story. DC movies have been atrocious since Man of Steel in 2013. Marvel studio films are progressively getting worse. Sometimes you think you're doing something right until something else comes along and makes you realize you've been doing everything wrong. It took the writer of the MOD Squad movie Scott Silver and the director of the Starsky & Hutch movie Todd Phillips to make me care about a comic based movie again. Joker is a character study that succeeds on the wonderful performance of method actor Joaquin Phoenix. To writer Scott Silver’s credit he also wrote 8 Mile and The Fighter, two good character based films in addition to his forgotten sitcom made into a feature.

You won’t find the explosions or worldly battles with buildings toppling over like you do in every other DC and Marvel film. Joker isn’t worried about how many superheroes they can fit into one movie. What you will find is an award worthy performance from Phoenix. You’ll find an award worthy, dreary script with excellent dialogue from Scott Silver. I used lines from the movie almost entirely to write the first three paragraphs of this review. You will also find one of the best movies of the year with an accurate representation of what gritty New York was like in the 1980’s represented in their version of Gotham. I can only hope future films will follow suit with more character studies from the deep, vast amount of characters found in comics.