Review of "Fractured” by The Headless Critic 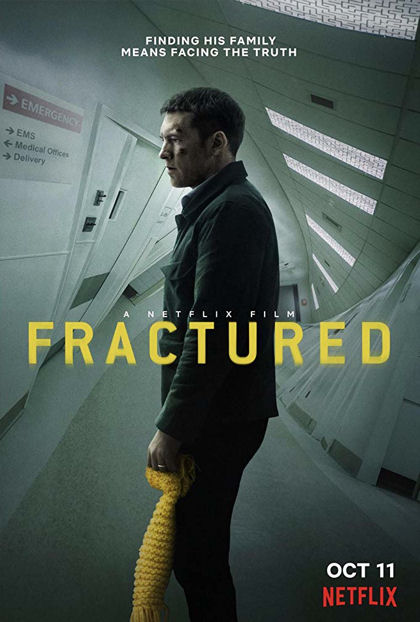 A little girl injured, a wife and child missing, a fractured mind, a fractured reality. All he wants is to save his family. Driving home cross-country from grandma’s house after Thanksgiving, Ray Monroe (Sam Worthington) and his wife Joanne (Lily Rabe) stop at a rundown gas station for their little girl Peri (Lucy Capri) to use the restroom. While her parents are looking for her favorite toy that she lost, Peri accidentally falls into a pit at the rest stop. Even though her father jumps in right behind her, he's unable to stop her fall. Ray rushes his family to a local hospital but from the moment they arrive something is not right. All Ray wants is to protect his family but soon after arriving to the hospital his wife and daughter go missing. No one at the busy hospital knows where they are. “Finding his family means facing the truth,” even if he has to tear down the entire hospital to find out what that is.

Machinist director Brad Anderson directs another mindbender in his latest feature. With everyone in the film intentionally having a suspicious character, the reality of where Alan B. McElroy’s story is going is left in question throughout the film with multiple outcomes possible until the end. The only characters I trust the intentions of in the film are Officer’s Childes (Lauren Cochrane) and Griggs (Shane Dean). In a time when police officers are represented worse and worse in film, it's nice to see a different portrayal. Sam Worthington plays a strong lead character who keeps you on his side through his obvious troubled character. Fractured is somehow simple yet is able to keeps you guessing without giving its mystery away. It plays on the phrase, where’s there’s a chance there is hope.