Review of "The Fanatic” by The Headless Critic 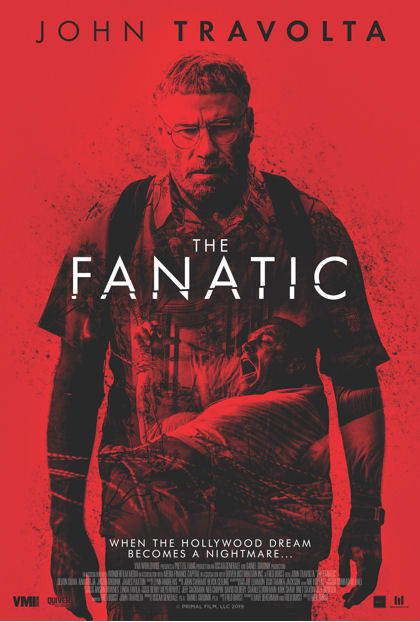 Los Angeles, a city where for most people's dreams come to die. For avid film fan, memorabilia and celebrity autograph collector Moose (John Travolta) his dream is about to come true. Moose has been invited to the cast and crew party of an upcoming film The Friday Night Killer starring his favorite action star Hunter Dunbar (Devon Sawa). Well he wasn’t exactly invited but his paparazzi best friend photographer Leah (Ana Golja) was hired to cover the event and she’s going to sneak him in to meet his favorite actor. Just any autograph won’t do, for Hunter Dunbar, Moose needs something rememorable. When an obsessed fan misses out on his opportunity to connect with his favorite film star he grows more out of touch with reality taking extreme measures to ensure he gets the meeting he deserves.

You’re a fan, without you I’m nothing” – Hunter Dunbar

Cast perfectly from Leah (Ana Golja) to smaller parts like memorabilia shop owner Aaron (Josh Richman), Security Guard (Jeff Chase) and co-star Devon Sawa who’s in great shape like a real action hero with noticeable similarities to Jeremy Renner. Director Fred Durst has a good story, excellent settings and a realistic, artistic eye for what he visually puts on screen. For the first act of the film John Travolta is excellent as the ear sniffing, eccentric Moose who has an undisclosed intellectual and personality disorder. As Moose grows more delusional Travolta’s performance is allowed to go too far by the junior director. Critics seems to have panned this film and its famous named director but it’s a solid third feature from a learning director. The Fanatic is built on Travolta’s character which great but also unfortunately too comical at times, simultaneously making the film and keeping it from being a better movie.