Review of "The Addams Family” by The Headless Critic 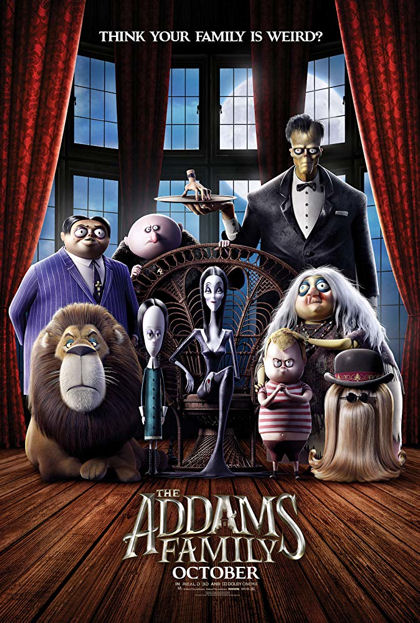 In the town below them reality tv host Margaux Needler (Allison Janney) has invested her life savings buying and renovating the entire town of Assimilation in hopes of re-selling the planned community housing for profit. Margaux quickly realizes the mansion atop the mountain at the edge of her property already has residents and her financial future is threatened by the mysterious family. Their house is a museum, when people come to see them. They really are a scream, the Addams Family.

When Wednesday Addams learns of a town of people below them she convinces her mother to let her attend Junior High. The isolated life of the Addams family is about to collide with the outside world once more. To make things worse the entire Addams family is coming into town from all over the world to attend the traditional Mazurka as Pugsley Addams approaches his birthday where the ceremony will be performed. Think your family is weird? Think again. So get a witches shawl on a broomstick you can crawl on. We’re gonna pay a call on the Addams Family.

An all-star cast of actors voice the latest resurrection of the Addams Family including Bette Midler as Grandma, Martin Short as Grandpa Frump, Catherine O’Hara as Grandma Frump, Snoop Dog as It, Elsie Fisher as Parker and Nick Kroll as Uncle Fester. In the 1938 cartoonist Charles Addams penned The Addams Family to life. In the mid-1960’s they were adapted to television in what most people recognize now as their icon characters. In the 1990’s they were elevated to feature films and now The Addams Family evolution continues reverting back to their roots as a cartoon this time made into a feature film.

I do not like the look of the latest incarnation at all but it takes the family back to the way their creator intended them to be seen in the 1930’s with the exception of Thing wearing a smartwatch. While every incarnation of the Addams has been intended for children, the latest version is too childlike to be enjoyable for adults. In this vision from creators Greg Tiernan and Conrad Vernon they’re not creepy, kooky, mysterious or spooky. They’re ugly, annoying, typical and childlike.