Review of "Harpoon” by The Headless Critic 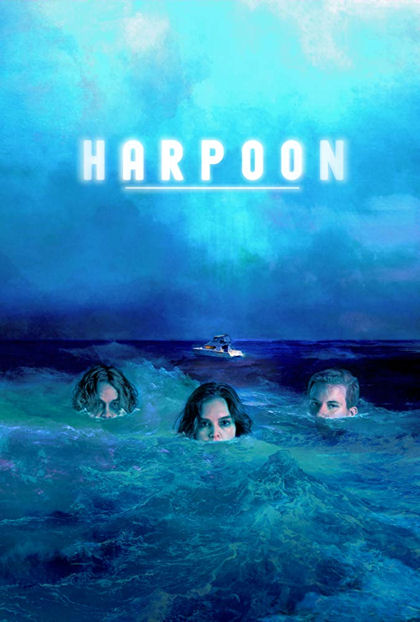 Just like his father, Richard (Christopher Gray) is prone to fits of rage. He once threw his laptop into his own tv because he couldn’t remember the password to his email account. Richard just found texts between his girlfriend Sasha (Emily Tyra) and his best friend Jonah (Munro Chambers) proving the two are having a affair. Betrayed Richard beats Jonah’s face into a bloody pulp only to find out the texts he saw are a secret but only about the two of them buying Richard a Mahogany stock harpoon, I mean spear gun for his birthday. To mend the battered remanence of his latest incident of rage, Richard takes the three of them on a three day weekend on The Naughty Buoy, Richard’s yacht where he takes his punches for forgiveness, even-steven. “Someone once told me the sea finds out everything you’ve done wrong.” Rivalries, sexual tensions and dark secrets are only the beginning when three friends find themselves stranded in the middle of the sea.

Writer and director Rob Grant directs Open Water where the hungry sharks are cheating humans. Spend enough days at sea and secrets will come out and your friends will start looking tasty. The three person cast portrays a bunch of pretentious, wealthy, assholes at sea and to everyone’s credit including the director, they are portrayed in a way where the viewer still cares about them. Their actions grow gradually more vile and violent as the truth behind who these people are comes out. It’s visually a studio quality film that has too much of an actual script to come from a big Hollywood production company. A character study of the worst characters, even the title Harpoon has a story behind it. Rob Grant makes an original film, that’s not predictable or a scoff worthy studio production that looks great and was probably made on a much smaller budget than shows on screen. It’s a nice independent, horror, thriller that isn’t what you expect.