Review of "Artik” by The Headless Critic

Production by: Have Not Films, TLG Motion Pictures
in association with: Fire Born Studios
Distribution by: Epic Pictures, Dread Central 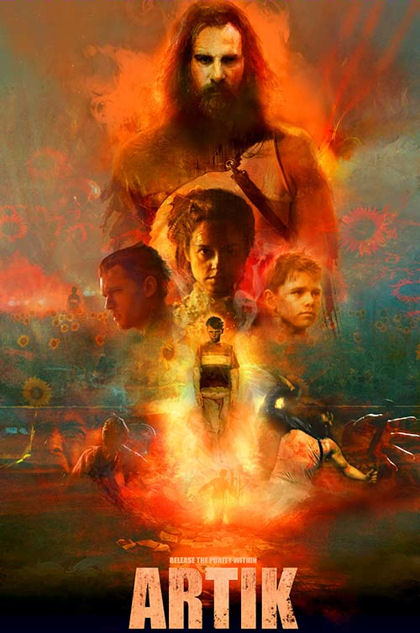 They call him Boy (Gavin White). He’s learning from his father Artik (Jerry G. Angelo) how to release the purity within. Prep the tarp, bring the cat around, get a shovel, dig a hole. He’s a good boy but there are broken support beams at home. Having a father who's a serial killer is normal to a child who knows nothing else. With new friends come new threats. The Boy has made a new friend Holton (Chase Williamson) who treats him nice, listens to him. We’re going to play a little game now where we pretend your life isn’t already over. You’re not a hero, you don’t survive in the end but you can pretend if it makes you feel better through the pain.

If you’re going to write a review you have to have a flow to the music. Do you ever listen to music? Tom Botchii Skowronski’s Artik is blunt force Frailty without the calling of God to create some kind of meaning. Jerry G. Angelo gives an amazing performance with the most polarizing and mysterious serial killer I’ve seen in cinema in some time. There’s some kind of brilliance in Skowronski telling the story from a child's perspective instead of over exposing the killer as the main focus.

Artik also doesn’t flow like the music. The dialogue is quotable, the killings brutal but stylized, the look is excellent. There are rough patches in storytelling from the first time feature filmmaker. Artik is a rare instance like the new cult favorite Terrifier where I could see the sequel or prequel surpassing the origins of what is a great horror killer as the filmmaker finds his footing.