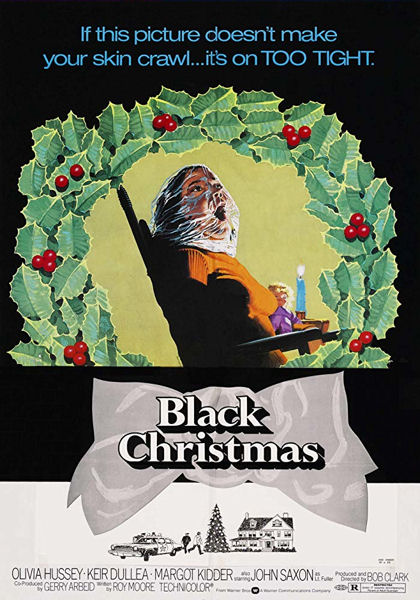 “It's beginning to look a lot like...bloodshed!" Christmas is almost here and the sorority sisters of Pi Kappa Sigma are making plans for their Christmas break as a psycho is terrorizing their neighborhood. A thirteen year old girl was found dead in a local park putting everyone on edge. All of a sudden the obscene phone calls the sorority has routinely been getting by someone they simply refer to as the moaner are a lot more frightening. Attempting to put her sorority sisters at ease Barb (Margot Kidder) got into a verbal sparring match with the moaner trying to put the pervert in his place. The call ended with the prank caller threatening to kill her. When sorority sister Clare (Lynne Griffin) disappears the girls contact the local police. This is only the first disappearance that’ll happen tonight. “Christmas is coming early this year. And it's murder.”

“Have yourself a scary little Christmas...Not at all like the ones you used to know.” In 1974 the future director of the iconic A Christmas Story Bob Clark directed an iconic horror film. Largely considered one of the original three slasher films, Black Christmas and writer Roy Moore are credited for formatting the large body count of mostly female victims who die in varying ways that you would find duplicated in later films such as the Friday the 13th series. Black Christmas is also brilliant in creating a lot of questions without giving definitive answers as to why in their killer and utilizes the first person killer perspective both traits duplicated by John Carpenter four years later on Halloween.

“He knows when you're sleeping, he knows if you're awake, HE KNOWS...” In a time when prank calls could still be scary and a murder nearby meant everyone in town was on edge and home early, Black Christmas exploits those fears for the holiday season. Some characters are very stereotypical with overacting that was prevalent throughout the 1970’s. With only mumbled phone ramblings of the killer to help us piece together why he’s killing leaves a lot of questions and few answers. While later films would be all about the back story, Black Christmas wraps it up leaving you wondering what’s in the present for Christmas.