Review of "Black X-mas” by The Headless Critic 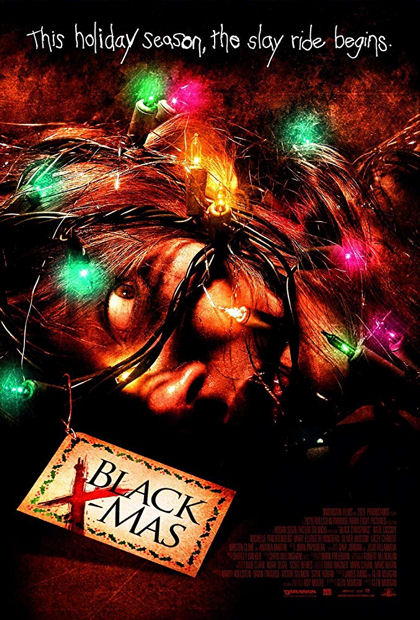 In the 1970’s Billy Lenz (Robert Mann) killed his family. The legend of Billy has lived one ever since but he didn’t die like town folklore would have you believe. Tonight Billy Lenz has escaped the insane asylum that’s held him for the last thirty years. The house where he murdered his family is now a sorority house. Christmas is almost here and the sorority sisters of Delta Alpha Kappa are making plans for their Christmas break as a psycho is making plans for them. “Terror is coming home for the holidays.”

The 1974 Black Christmas is one of the original slasher films. It was innovative and fresh for the time. Glen Morgan’s remake, that could easily be a sequel pays homage to its predecessor with Clark Sanatorium as well as many other Christmas horror films. Outside of nods to the films of Christmas past it’s an otherwise sloppily made movie full of plot holes, continuity issues and awful dialogue. Everything innovative in 1974 is completely abandoned in this stereotypical 2000’s era slasher that follows all the films the original Black Christmas created an outline for instead of paving it's own path for something new, literally being a Christmas cookie cutter horror movie.

The best part of Black X-mas in 2006 is the returning sorority sister of the ‘74 film Andrea Martin who steps into the role of Ms. Mac originally filled by Marian Waldman. 1990’s child stars Michelle Trachtenberg and Lacey Chabert are brought in to play the most shallow, unlikable and unrealistic characters. Margot Kidder look-a-like Kristen Cloke is given a similar role. One of the biggest difference between the original and remake is the sorority girls of ’74 were still relatable to real college girls. In 2006 the characters are Hollywood’s version of a pseudo reality of what sorority girls should be with no basis in reality.

“Last Christmas, I gave you my heart. Now, I want eyeballs.” Black Xmas takes Christ out of Christmas and Bob Clark out of Black Christmas. In the biggest disappointment of the film, the killer Billy is completely overexposed as an escaped insane asylum inmate with a taste for eyeballs, complete with an abusive family backstory. Bob Clark gives us Billy, a killer who talks to himself in a multiple personality of voices. Clark kept his killer hidden in the shadows of who the killer is and why is he killing. Glen Morgan gives us a literal Agnes persona with an unneeded backstory that’s more eye rolling at the eating of eyeballs than it is enjoyable. The cannibalistic Christmas cookie cutter was the be all end-all of this movie for me. An uninspired follow-up to an innovative original.