Review of "Crypsis” by The Headless Critic 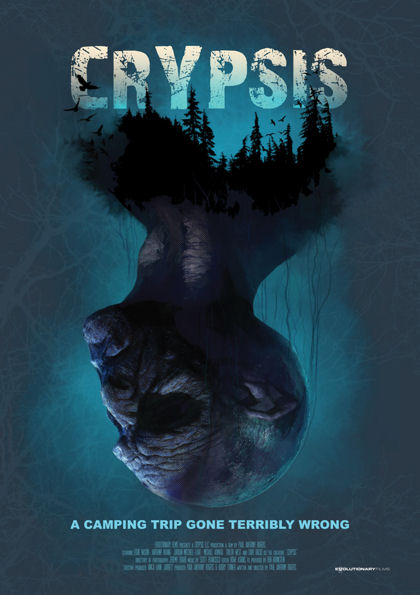 With the rising popularity of survival reality shows, a group of friends challenge each other to see who can survive the night on a camping trip on an isolated island. After all nothing too bad can happen in only one night right? Ignoring the warning signs the group heads to an uncharted part of the woods. It starts with a strange sound in the distance. Something is out there stalking them. The monster on this island is so terrifying none of them are prepared for the truth of what they’re about to face.

“A Camping Trip Gone Terribly Wrong” is the setting for the Crypsis that’s about to be unleashed. It’s budget filmmaking from a first time feature writer, director and co-star Paul Anthony Rogers. A cool creature suit, small cast and isolated setting are indie filmmaking done right. Creature fans will love what lurks on this island.

In an attempt to keep the mystery Crypsis is told through multiple flashbacks that convoluted what should have been a simple story of a creature feature. A linear tale with a monologue reveal would have played out best from the first time filmmaker. What ultimately hurt this indie project that had so much potential with their creature was its cast of characters. A group of thirty year old men with the dialogue of frat boys doesn’t endear to any likable character. Grown men turning on each other leaves no one you’ll care about living or dying in the entire film making what the monster kills have little meaning.