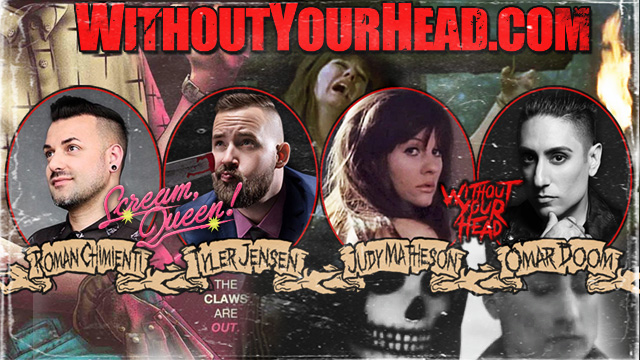 Tyler Jensen & Roman Chimienti directors of "Scream, Queen: My Nightmare on Elm Street" documentary about Mark Patton! of "A Nightmare On Elm Street 2"
- importance of ANOES to each of them
- being a gay horror fan
- meeting Mark Patton
- creative partnership between the 3
- the honesty of the film
- dealing with the AIDS crisis of the 80s within the documentary
- filming at conventions and appearances
- the original cast and more check out the documentary this March on VOD and select theaters!
ScreamQueenDocumentary.com/ 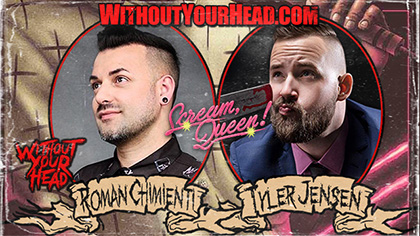 Omar Doom joined us!
- his music under the "Straight Razor" moniker
- his musical background and influences
- his new video "Iblis"
- directing
- Quentin Tarantino
- "Inglourious Basterds"
- "Death Proof"
- his cutscene in "Once Upon A Time In Hollywood"
- Hollywood and more! 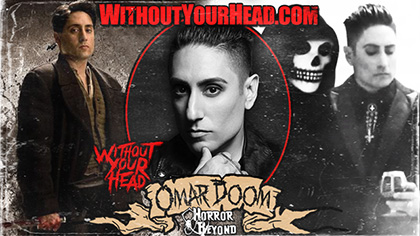 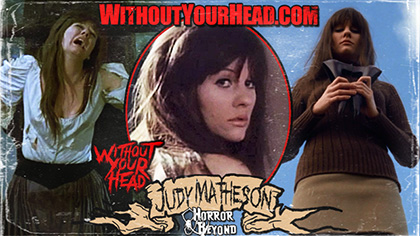 Tracks for this podcast -
Original theme song by The Tomb of Nick Cage "Impossible Dreams" by Sounds Like Winter, "iblis" by Straight Razor" and "The Blood Is Life!" by Night Kisses!