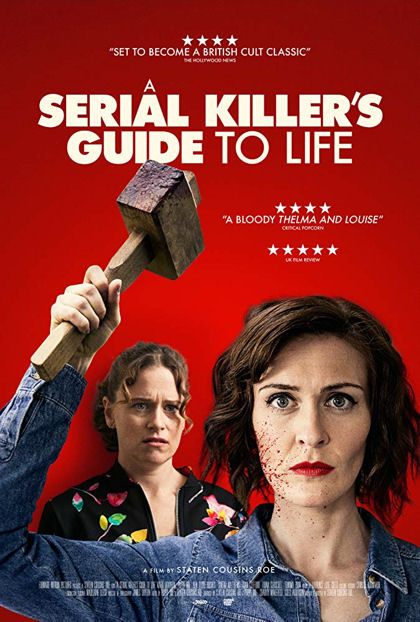 Spending her days staring at a bug zapper Lou Farnt (Katie Brayben) is trying to visualize the future she wants. Confined by life to helping her elderly mother Maureen (Sarah Ball) care for herself, Lou turns to the tapes of self-help guru Chuck Knoah (Ben Lloyd-Hughes) to become the person she wants to be. Then enters Val Stone (Poppy Roe) and she’s everything Lou never realized she wants to be. Offered an internship under Val, Lou just signed up for a mentor and life coach who deals in death for a living. She’s taking a step in the body of a new her. Life for Lou will never be the same and neither will death.

Are you bored with your life? Feel like you’re going nowhere? Why not live a little by killing a little to give yourself that zest for life that you’ve been missing! Staten Cousins Roe’s first feature film smokes in a room where you can’t smoke by bringing together a woman who wasn’t living with a woman who is living to kill. Maureen’s greatest ambition is to help people unlock their true potential and her chosen muse is lovable loser Lou. Maureen and Louise make their way across the English countryside but unlike Thelma and Louise these two ladies did commit the murder and they’re not running from it, they’re running to their next one.

In a classical, classy note, A Serial Killer’s Guide to Life misses the visual hilarity possibilities of over-the-top kills, instead finding their horror-comedy at the blunt force end of Katie Brayben’s polite homicide. While the film lacked in a lower budget, probably needed ten more minutes of runtime and was missing that little extra something to put it over-the-top, I am a sucker for road trip movies and this is no different. There’s a freedom of the open road that when captured in cinema is as alluring as the road itself. A Serial Killer’s Guide expands on that open road freedom without the societal restrictions of not killing people. It’s a fun journey in England’s version of Thelma and Louise, murdering their way to happiness making their own self-help guide to life.