Review of "Gretel & Hansel” by The Headless Critic 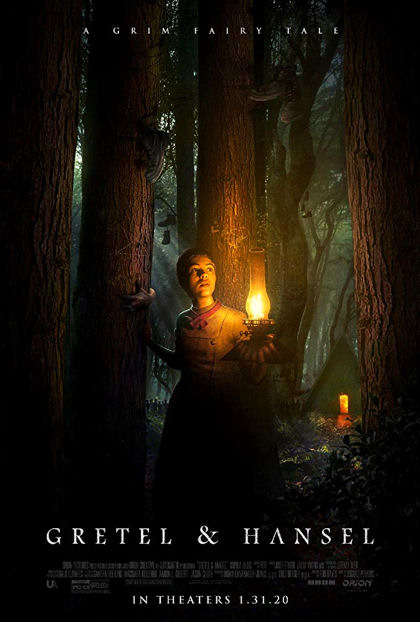 A grim fairy tale of youth and desperation in a world full of evil where innocence is held onto by guttural feeling alone. Follow the crumbs into a land of darkness and light where survival will make you forget your natural instincts. Teenage Gretel (Sophia Lillis) tries to keep from digging her and her little brother Hansel (Sammy Leakey) a pretty little grave, safe from a maleficent world. With nowhere to call home the two children wonder into the most surreal house and welcoming host Holda (Alice Krige) offering them an endless supply of food and a place to lay their weary heads. There is no kindness in this world without expectations.

A long time ago in a land far away two brothers, the brothers Grimm wrote a story of brother and sister following their rumbling tummies to a candyland of deception lured in by an evil witch trying to satisfy her own hunger. Their grim fairytale became known throughout the world and with time grew into a children’s bedtime story that wasn’t so Grimm. The son of a Psycho, Oz Perkins brings the childhood fairytale back to something Grimm. First billed Gretel & Hansel get a revitalization in wonder and horror.

Life is grim as Gretel is finding out. She’s a teenage girl just being introduced to the world and the limitations in life a girl her age faces. Beautifully filmed with dark and desperate cinematography, Oz Perkins creates a fairy tale in film through distinct visuals and supernatural storytelling with modern day social commentaries. The cast is wonderful, headlined by Sophia Lillis and a truly creepy performance from Alice Krige. Much like Robert Eggers' 2016 The Witch, Gretel & Hansel proves that stunning visuals and excellent performances cannot overcome storytelling. A simple two hundred year old lesson to be learned is daftly left behind for a twist ending and a history of character forgotten for horror imagery.