Review of "Clown Fear” by The Headless Critic 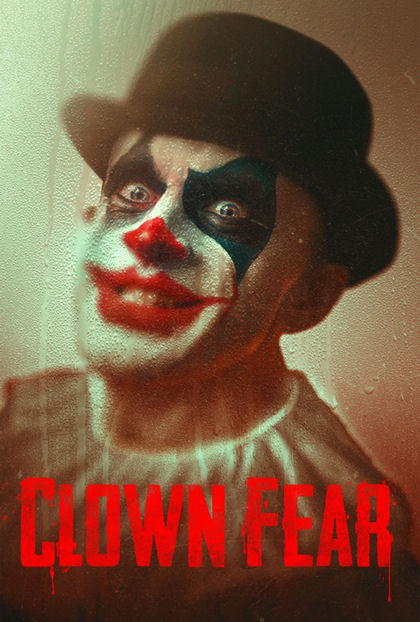 I do's turn into I don’t when groom to be Thomas (Gianni Capaldi) finds out his fiancé Carlee Summers (Sadie Katz) cheated with a stripper at her bachelorette party. The rejected runaway bride who was late to her own wedding and her bridesmaids Mia (Augie Duke), Amber (Tiffani Fest) and Nicole (Nikki Kris) decide to forget her abandonment at the altar with a final destination of Las Vegas. Car problems along the way leave them stranded in a deserted desert town. Of all the motels in all of the world, they just so happen to break down in front of the creepiest motel ever, the Clown Inn. Stranded in a city run by clowns it’s a carnival ride of terror and they’ll die laughing trying to survive in Clown Town, USA. “Their road...Their town...Their show...Their rules...Obey, Join or Die!”

Production values are low in director Minh Collins latest vision. Sound issues and poor lighting make what’s a fun idea of a group of girls lost in Clown Town really seem like an amateur effort. With mostly topless actresses to die, the best part of the production side is the cast with names like Sadie Katz, Augie Duke and Elissa Dowling. The talented actresses deliver bad dialogue alongside those less talented who’s acting seems more fitting for pornography than anything that should ever be shown on the silver screen. I will say this as a positive note, Clown Fear isn't the modern day eighty minute or less movie we see more and more of these days and it held my attention it's entire 1:45 plus runtime.

The deep voice, hulking Isaac C. Singleton Jr. proves himself to be Hollywood’s modern day Michael Clarke Duncan in his performance as Big. My absolute favorite part of the film, and where Minh Collins just misses movie gold is the perverted little person clown Little played play Douglas Farrell. A perverted little clown stalking behind his prey had potential for brilliance but never delivers greatness. Clown Fear fails to find creativity painting its clowns in repetitive make-up instead of giving them individual looks and failing to deliver over-the-top deaths to make the film memorable. Potential is lost on a low budget in an amateur film.