Review of "The Shasta Triangle” by The Headless Critic 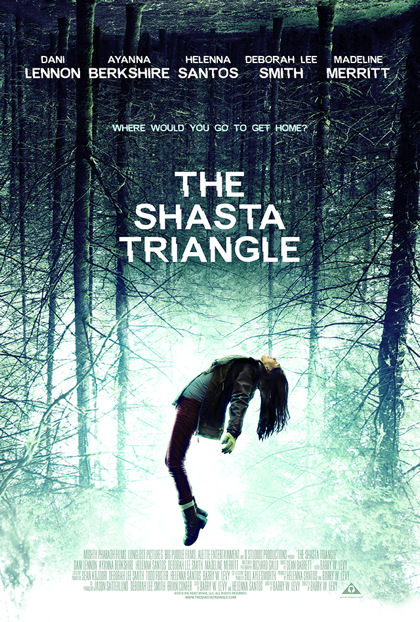 “The World is full of magical things, patiently waiting for our senses to grow sharper.” – WB Yeats

On October 13th, 1995 in Mount Shasta, California, a research scientist who’s spent countless hours away from his family has all of his research of Tesla theories lead him to this area of increased solar activity where numerous people have vanished, livestock has disappeared and there’s a loud ominous sound repeatedly heard throughout the area. Present day, folks are getting scared. Every 4-6 hours they hear it, an audible phenomenon that leads them all home. Paula (Dani Lennon) has spent ages studying her Dad’s (Barry W. Levy) research since the day he disappeared in 1995. Now the only thing left to do is return to her California hometown where half the people are in yoga pants on cloud nine while the others are loading their shotguns. Along with her friends she sets out to uncover the truth about what’s going on in their hometown and the disappearance of her father in what’s now become known as The Shasta Triangle.

Shot like a television show, co-writer, director and actor Barry W. Levy creates a Bermuda Triangle on land based on an authentic tale of a sound that’s continually heard by the residents of Scappoose, Oregon. An unexplained local anomaly is expanded upon into a horror movie. The Shasta Triangle, has a nice ring to it doesn’t it? The sounds of Scappose were unknown to me and probably most others who don’t live there until Levy turned it into a triangle horror film. The real life story is a perfect origin of a horror movie. Then boom goes the dynamite. A line used in the film, stolen from an old television clip of a very white sportscaster attempting to mimic Sports Center hosts of the day. Such a line being delivered in an independent film a quarter of a century later sets the tone of this dialogue driven indy film.

With little budget a group of five women walk through a forest and talk excessively about nothing. While this may be true to life it doesn’t make well for entertainment. Elongated shots of nature drag out the already short seventy-four minute runtime that includes seven minutes of credits and post credit scenes. Fear is created for the almost all female cast through the disappearances of their friends in a hail of budget CGI sparks and sounds in the distance. What’s happening in The Shasta Triangle is somewhat revealed in a slow motion display of lackluster heroism and gunfire. Dialogue driven, low budget sci-fi films rarely work and the the budget mystery of The Shasta Triangle doesn't quite have the cataclysmic ships and planes going missing that they do in Bermuda and would have had on a bigger production.