Watching Movies - The Nothing

Review of "The Nothing” by The Headless Critic 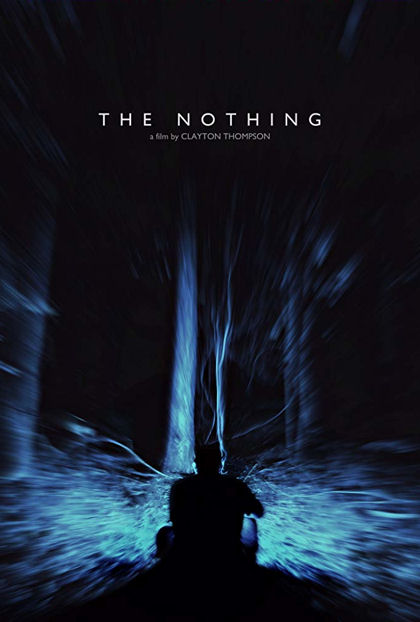 Some of the best art in the world was created in the darkest hours of the artists lives. Fresh out of college, fresh out of ideas. In order to inspire his creative mind Clayton (Clayton Thompson) has his girlfriend Makaila (Katie Adkins) drop him off deep in the middle of the Georgia Mountains with minimal supplies and no contact to the outside world. Until Makaila returns at a prescheduled time it’ll just be Clayton and his thoughts. Cameras roll as Clayton self-documents his creative writing process of what will surely be a novel first story. It isn’t long after he’s left alone that Clayton is distracted from writing by sounds of something large in the woods around him. Overnight something messes with Clayton’s supplies. Clayton is not alone. The presence in the woods is growing closer. Clayton's retreat has turned into a trip of survival.

The Nothing has a novel concept of character Clayton taking a trip into the nothing so he’ll be able to write something. The actual outcome of writer, director and actor Clayton Thompson’s first feature is that a trip into the woods, just him and his camera, he’s able to make something out of The Nothing. The Nothing is exactly that, filmmaking out of nothing. I admire the creativity of creative minds to find an outlet without resources to create art. Very much like The Blair Witch Project from the 1990’s, instead of a group of three being lost in the woods Clayton Thompson is stranded by himself with something ominous lurking in the woods. There’s a moment in The Nothing as Clayton runs into the woods from something heard but unseen that is scary and intriguing. That is where the movie peaks. Unfortunately, perhaps due to budget the ending is truly the nothing. Unlike The Blair Witch project which gave us a similar ending, in 2020 we needed something that just wasn’t there.