Review of "M.O.M. Mothers of Monsters” by The Headless Critic 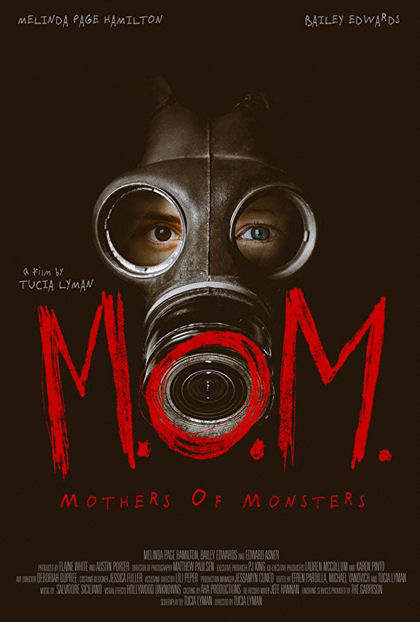 A mother suspects her son is a monster. Single mother Abbey Bell (Melinda Page Hamilton) suspects her teenage son Jacob (Bailey Edwards) is plotting a school shooting or some other kind of violent act against humanity. Going against the natural unconditional love only a mother can have, Abbey turns her son in. Officials tell her the evidence isn’t there to do anything about Jacob. Abbey has known for a while that her son is a monster. By the time he was fourteen she didn’t know who he was any more. Jacob’s been increasingly acting out. His mother believes he’s one of the kids whose slipped through the cracks of the system. Even her doctor, Dr. Arden (Edward Asner) doesn’t believe her.

Jacob constantly fights with his mother about everything. He keeps magazines about guns and his internet search history includes how to turn a pellet gun into a real one. Dissecting animals proves he doesn’t have a problem ending life. Tossing bricks off bridges into oncoming traffic proves he has no value of human life. In order to save lives Abbey has slowly set up an elaborate camera system throughout their home to document her son’s action. If no one will believe her she’ll get the proof she needs. She doesn’t want to hurt her son, she loves him but maybe this evidence will help the next mother save her son. All video footage is saved on a hard drive marked M.O.M. meaning Mothers of Monsters.

Jacob knows she’s recording him. He knows she’s trying to catch him, to document him. When he’s alone with his mother, he’s tearing apart the house to get his Playstation back. When Nana Millie (Janet Ulrich Brooks) calls he’s a fun-loving, charming boy for the camera. He will get the best of his mother. He is smarter than her. He will get her back for this. A deadly game of cat and mouse is documented on camera between mother and son, mother and monster.

Writer and director Tucia Lyman creates real world horrors in her first feature film in a way only a woman can, as a mother of monster. This found footage, documentary style movie lends itself to the director’s experience with documentaries made for National Geographic and the Discovery Channel. M.O.M. is an original story with modern day social commentaries. Lyman’s first feature isn’t the simple complex story it first appears to be. There are aspects of this film that I absolutely love. There's far more to the film than a mother documenting a would-be school shooter which would have been enough. Lyman layers a psychological battle where even the audience questions what’s right.

This is no blood and guys horror film. It is psychological horror done very well. While I wasn’t able to suspend disbelief that these aren’t actors playing roles as should be the intention for any found footage movie, Melinda Page Hamilton and Bailey Edwards both give excellent performances in a small cast of five that includes legendary actor Ed Asner. I could even see hints of a teenage angst Norman Bates in Bailey Edwards character. I am not the biggest fan of found footage films. Those who are will like this even better. While most films shoot first person to save a buck without it always logically making sense, Tucia Lyman has a fitting explanation for filming this way with a mother spying on her monster.