Review of "Butt Boy” by The Headless Critic 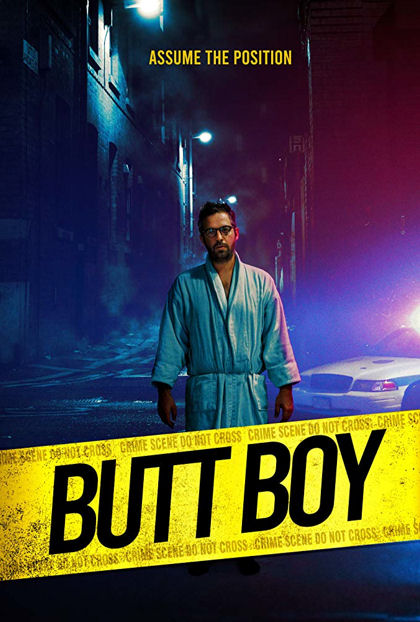 As every man gets older it’s inevitable that the day will come when it’s time for his first prostate exam. It’s a day most men dread and that day has come for Chip (Tyler Cornack) but it doesn’t have to be all bad. From the moment fingers entered his anus it would grow into a dangerous addition. Bored with his married life and typical office job, what should have been a routine exam awakens an insatiable desire deep inside that nothing seems to fill. When a child goes missing because of Chip’s orifice filling addiction, he blames himself and tries to end his own life.

The backside of this story comes years later when Chip’s past in far behind him in the rear. Chip is hiding his true desires in Alcoholics Anonymous. He’s even sponsoring their newest member Detective Russel Fox (Tyler Rice). The real AA Chip needs to attend is Asses Anonymous but he continues to pretend his addiction is alcohol. He’s hiding his true self from his wife Anne (Shelby Dash) and even from himself. Detective Fox begins to think his mentor isn’t an alcoholic. Then one night Chip sees a tiny board game piece with a large head on it and his years of ass celibacy are undone for one sweet, sweet moment of pleasure. Falling hard off the anal wagon, the world is opened back up for Chip along with his asshole. Once again a small child has gone missing. When chip stops battling his own butt demon, alcoholic Detective Russel Fox takes up the fight against the insatiable Butt Boy.

A ridiculous concept that’s treated serious is the foundation for Tiny Cinema’s latest production. Appropriately titled Butt Boy, Tyler Cornack writes, directs and co-stars as the back door bad guy whose posterior powers are befitting a super villain. I absolutely love the concept of the movie. A little long winded Butt Boy tails off a little in the middle of the film but fantastic finale pays off in ass exploded action. “Sometimes the only way out... is in...”

The brightest shining light coming out of this clogged up colon isn’t Tyler Cornack who not only came up with the concept but also gives a stellar, purposely mild mannered performance in the film. As good as dad bod, super villain, Butt Boy is it’s Tyler Rice who steals the film as rectum investigator, Detective Fox. While Tyler Cornack is the perfect fit for anally obsessed Chip Gutchell, Tyler Rice seems like a guy who would play the criminal that cops arrest instead of a save the day detective. Rice pulls off Detective Fox amazingly well channeling his inner Robert De Niro in the character. While a film titled Butt Boy may not have a role to cry for an award worthy performance, Tyler Rice stands way out as an actor to watch in a home run performance as an asshole with a heart of gold trapped inside an asshole who’s just an asshole.