Watching Movies - A Good Woman is Hard to Find 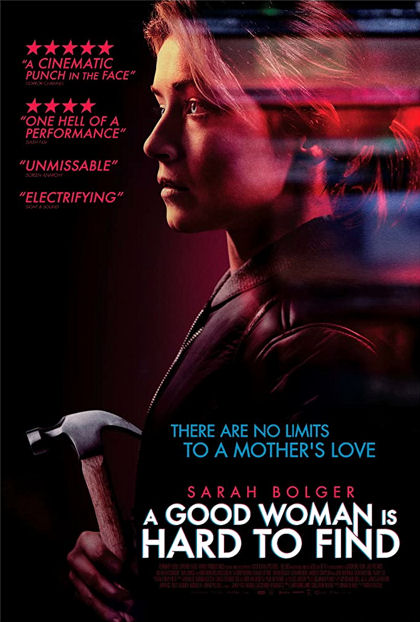 Since her husband passed away recently, Sarah (Sarah Bolger) has learned how hard life is for single mothers. It’s gotten so bad that when checking out at the grocery store she doesn’t even have enough money to pay for everything because her young son opened and ate a candy bar in the store that wasn’t part of her budget. Not only is it embarrassing that a candy bar puts you over being able to pay your bill but she also has to put back things they need. An opportunity bursts through Sarah’s door to make some extra quid by letting a criminal who's on the run and just broke into her house to use her home as a place to store his stolen drugs. Sarah isn’t even tempted by his offer. She can’t risk the safety of her kids. The criminal Tito (Andrew Simpson) doesn’t take no for an answer though. He pays Sara regular visits using her home as a place to stash stolen drugs. Sara is forced into a life of crime, endangering her children and she’ll do whatever it takes to keep her them safe. Whatever it takes.

There are several simple but well executed scenes like when Sarah is distraught over a candy wrapper she can’t afford to pay for that separate A Good Woman is Hard to Find from similar crime thrillers. Sarah Bolger crying on queue is a modern day acting technique that’s sometimes overlooked but is a real talent that should be applauded. Sarah does an excellent job being vulnerable yet coming alive as a strong, protective mother for her children in a wonderful performance. Real life comical scenes like when she steals the batteries out of her kids toys for her vibrator, touch on a reality often missed by Hollywood. Even a criminal checking car doors looking to find one that’s unlocked he can steal is an excellent scene. Then there’s real life action scenes that are used appropriately and don't go over the top, like what Frank did with the car he stole and when Sarah finally fights back. It’s meaningful, realistic filmmaking. It’s artful but not just for the sake of art and it doesn't lose it's reality. A good movie is hard to find but Abner Pastoll creates one from an action thriller script from Ronan Blaney that has some scenes that are absolute gems.