Review of "Dreamkatcher” by The Headless Critic 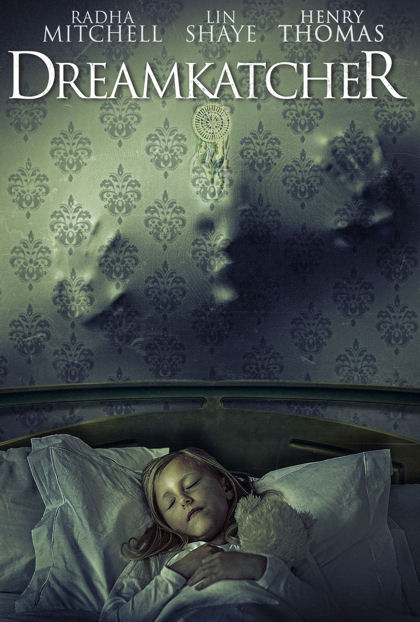 Since his mom Becky (Jules Willcox) died, young Josh (Finlay Wojtak-Hissong) has been having nightmares. His dad Luke (Henry Thomas) has a new girlfriend Gail (Radha Mitchell) who’s a child psychologist and is always analyzing Josh. Now all of them are heading to Luke’s his beautiful, rustic cabin that sits alone in the middle of the woods where Josh’s mom tragically lost her life. Living back in the cabin has made Josh’s bad dreams worse and his dad leaving him alone with Gail to go into town and work is exacerbating his condition because they don’t get along. When Gail and Josh meet a neighbor Ruth (Lin Shaye) while out for a walk in the woods, Josh takes a special interest in the dream catchers she makes. Psychologist Gail doesn’t believe dream catchers work and won’t let Josh buy one but when he’s alone Josh takes one anyway. Josh's nightmares about his dead mother visiting him turn into the sweetest dreams but the real nightmare is only beginning.

In her first feature film Kerry Harris directs a stunning looking feature that relies on almost no effects to produce scares. A dreadful tone is created throughout the film. It's slow paced but always enthralling. A small cast includes fine performances from veteran actors Lin Shaye, Henry Thomas and Radha Mitchell but young Finlay Wojtak-Hissong takes the starring role. The young actor doesn’t always come off as authentically realistic in his performance but overall succeeds at what he was supposed to do, drawing sympathy for his endearing character and when needed being the creepy kid horror movies often require. Rada Mitchell plays a hardened stepmom to be who struggles to get along with her boyfriend’s kid. It's a character you don’t see portrayed often as a protagonist. While I personally enjoyed an open ended finale, the end of the film isn’t fulfilling. This isn’t a movie for audiences who need every questioned answered or happy endings.