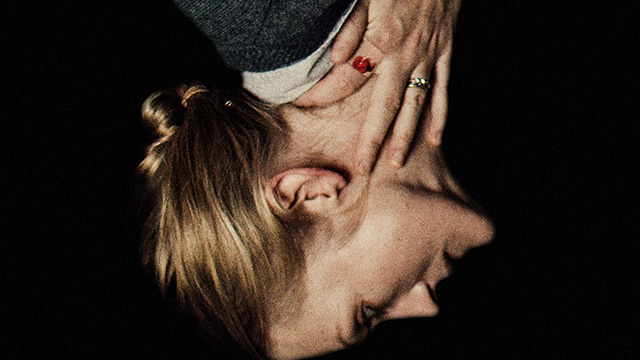 The Swerve
review by Diablo Joe 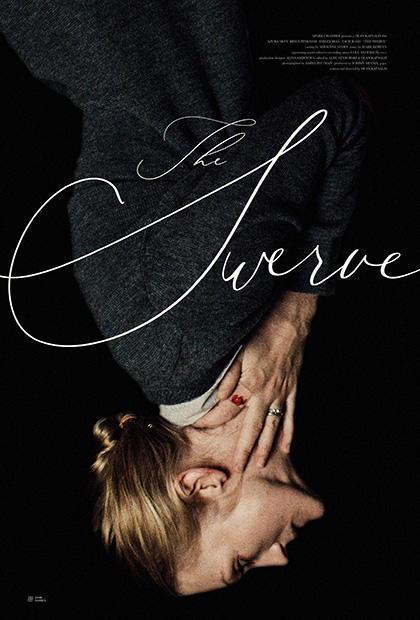 "The Swerve" is the first feature from writer/director Dean Kapsalis, with Azura Skye (One Missed Call) portraying Holly, a small-town wife, mother, sister, daughter, and schoolteacher.

Holly is also struggling to hold on to her sanity as her world spirals down around her.

On paper, Holly's life might seem to be textbook, with a lovely house, a family with a husband making his way up the ladder, two kids, and a respectable job in the community. But Holly's husband Rob (Bryce Pinkham) is a callous, self-centered philanderer. Their two teenage sons are also selfish and disrespectful to a mother who struggles to provide a simple, decent home for them. Her party-girl sister, (The Last Exorcism's Ashley Bell), a recovering drug addict, torments and bullies her with childhood taunts and unpleasant memories. Her parents, especially her mother, are judgmental and critical of everything she does. Even the house she keeps plots against her in the form of a mouse that invades the walls.

Perhaps the only high point in her world is Paul (Zach Rand), one of her students—a sweet, intelligent, sensitively creative soul, harassed by his peers, who works as a cashier at the grocery Rob manages. Paul is aware of Rob's cheating ways and, as a result, has developed a sympathetic crush on his teacher.

Let’s just say this first. This is not quite horror film, though parts of it are real-world horrific. It is a character study.

Early on, it is hinted that Holly has a history of mental health issues. She is shown taking medication to help her through her day, and several other characters reference this. Even without that, her life's toll is writ large in her eyes and her voice's quiver. When Holly discovers that her always flirtatious spouse has taken things far beyond the casual with one of his employees, things go from bad to worse. Her relationship with Paul takes a twisted turn, and things soon become very, very dark as Holly contemplates her place in the world.

Azura Skye plays Holly as a woman almost constantly on edge. This is a powerful performance from an actor not afraid to expose herself as a raw nerve. As a result, we feel for Holly. Without a doubt, she is the best thing about this film and the reason to stick with it.

Unfortunately, so much else in the film fights against that performance. These are almost reason to give up on The Swerve. As it stands, nearly all of the blame rests wholly on its director/writer's shoulders.

Kapsalis's inexperience shows through in his direction, pacing, and script. There is a dinner scene early in the film so poorly shot that it's not entirely clear who addresses who. At the start of the scene, we're not even at the table. I spent the entire film thinking Rob worked in an office or someplace, as opposed to the same grocery as Paul, and kept wondering why Paul was always there when Holly went shopping (and then, if your husband manages the grocery, why are YOU doing the shopping there?).

We spend a full third of the film surrounding Holly with some of the world's least likable characters. It's almost too much. They're borderline loathsome. We finally begin her journey 30 minutes in, and even then, it's not made clear if we should believe what she is seeing and experiencing or if it is all hallucinatory. The final scene stretches credulity so far as to completely negate the genuinely horrific elements that lead up to it. Kapsalis works against his own best interests so often during The Swerve that it's genuinely frustrating.

What keeps it from completely falling apart is, once again, Azura Skye's Holly. She is someone to watch out for, and I will continue to seek out her work, especially when she is allowed to shine as she does here. If I can give Kapsalis a full-throated compliment, it is in both creating Holly's character and casting Skye to bring her to life. To be true, all of the actors make the best of their roles—but Skye? She rules.

Oh, as for the "Swerve" of the title? It's a highlight of the trailer and yet, honestly, if you cut it from the film… you'd never miss it. It has zero bearing on the outcome and even Holly’s character development. It's genuinely endemic of the problems with Kapsalis's film.

I want to see what Kapsalis does next because he's obviously smart—just very, very green. But again, anything Azura Skye has coming will attract my interest.

This devil of a reviewer gives The Swerve 2.0 out of 5 Imps

THE SWERVE will be available on VOD/Digital Tuesday, September 22, 2020: