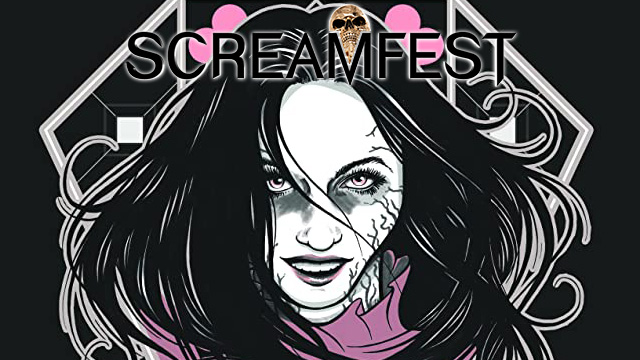 "A Ghost Awaits"
review by Diablo Joe for Screamfest 2020
screamfestla.com 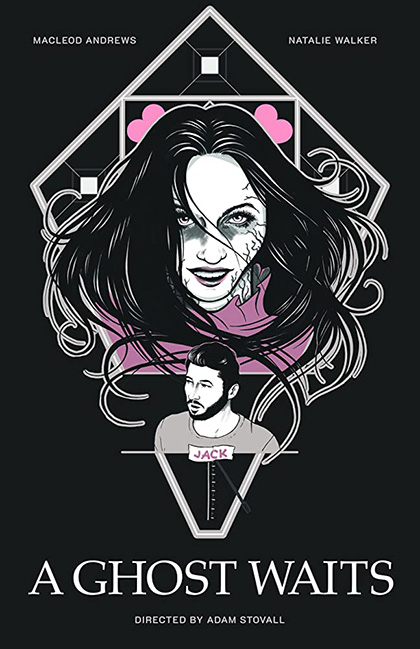 It's a challenging responsibility as an actor to carry the bulk of a film. Done well, it can be something great and refreshing, especially in a small film like A Ghost Waits. Lead actor MacLeod Andrews proves just as dedicated to his role as his character, Jack, is to his job.

Jack, a light-hearted, if somewhat loner and down on his luck handyman, is tasked with turning over a furnished rental house in preparation for the next tenant. While he's at it, his boss wants to see if Jack can figure out why this particular property has had a record number of hasty lease-breakages. The last tenants left so fast they didn't take a thing with them. As Jack needs a place to stay for a few, he crashes on the living room floor and is soon besieged with odd goings-on. You see, this house is haunted…

Muriel (Natalie Walker) is a ghost– um, "Spectral Agent," and Muriel is tasked, literally, with the job of keeping people out of this particular property. This puts her and Jack at, as she describes it, "crossed purposes." But Jack is not an easy scare, and soon both he and Muriel discover that they have a lot more in common than they initially believe.

A Ghost Waits is a gentle and light-hearted film. As stated previously, credit for this must be given to MacLeod Andrews. As Jack, he spends the first third of the film solo on screen. He goes about his chores, listening to music, and cracking wise. Nearly half an hour of a character talking to himself can torpedo a film unless the script is sharp, and the actor can keep things lively and engaging. The writing is spot-on, and Andrews proves to be charming, funny as hell, and entirely natural and at ease. He is this sweet sad-sack of a fellow. He absolutely wins the audience over.

And to a degree, the foibles that plague A Ghost Awaits are because his performance is so casual and human. This is not to disparage Walker's performance as Muriel one bit. She is lovely and adds an emotional complexity and vulnerability to Muriel. But when we encounter her and her fellow ghosts–sorry, "Spectral Agents" –their mannered behavior contrasts so sharply with Andrew's easy delivery that the disparity begins to pull you a bit away from what is a lovely, fun story and relationship. It's the film's one real misstep. However, the coming of rival Agent Rosie swings things back into gear and ramps up the fun before leading us into the film's heartfelt, bittersweet conclusion.

A Ghost Waits is probably not a film that will stick with you forever. It's too light and fluffy, and there's absolutely nothing wrong with that, especially when we're given something so breezy, humorous, and tender–with even a few jumps along the way. When a film is this enjoyable, take it, especially when it comes with an outstanding performance like the one we get from MacLeod Andrews.

This devil of a reviewer gives A Ghost Awaits 3 out of 5 imps.