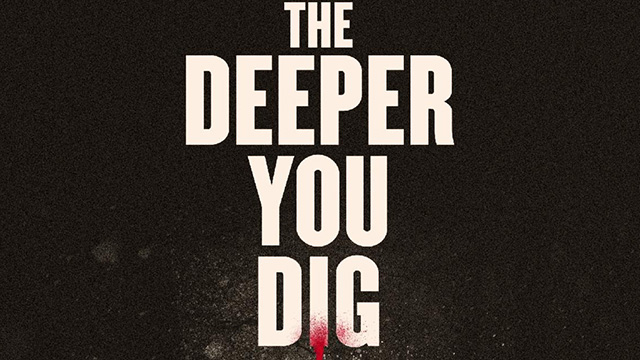 "The Deeper You Dig"
review by Diablo Joe 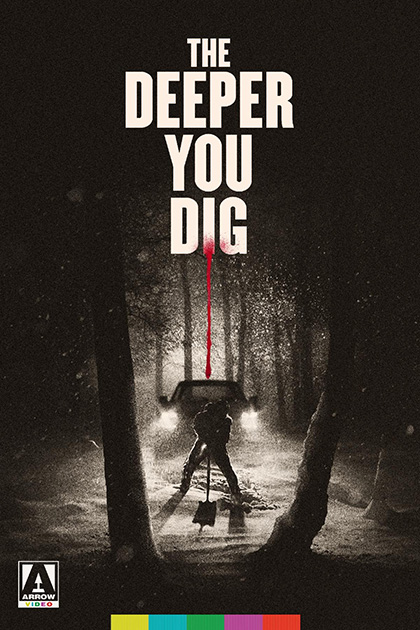 The Deeper You Dig

See "Deeper You Dig" on the new ARROW streaming platform!

ARROW will be available October 1st in the US and Canada on the following Apps/devices: iOS (iPhones and iPads), tvOS (Apple TVs), Android (all Android devices), Fire TV (all Amazon Fire TV Sticks, boxes, etc), Roku (all Roku sticks, boxes, devices, etc) and on all web browsers at www.arrow-player.com.

Arrow Video is offering fans a 30 day free trial of ARROW, and subscriptions are available for $4.99 monthly or $49.99 annually.

The wonder of small, independent filmmakers is in the bright, creatively fresh ideas they bring to the screen. Though their flashes of cinematic brilliance are sometimes shot through with missteps and overeager concepts, the pure energy and earnest storytelling makes sticking through those rough moments, especially when they are brief, a worthwhile payoff. The Deeper You Dig is a family effort. Unlike most films, where that usually refers to just a collective of like-minded creatives, here I mean a genuinely bound of blood and marriage.

The family responsible for this independent horror treat is the aptly named Adams Family. John Adams and wife Toby Posner are credited as writers and directors; daughter Zelda is credited as co-director. Both father and daughter are responsible for the bleak, often expansively haunting cinematography, and John is also credited with the music and excellent sound design. Toby serves as producer, and all three form the main cast. I'm sure I'm leaving something out somewhere.

Ivy (Posner) and Echo (the younger Adams) might be an odd pair in any community, but in their small, rural mountain town, they are the sort inevitably must be each other's best friend. Ivy is the local psychic card reader, a hardscrabble woman hustling the old broken local biddies for their retirement cash. Though she believes she once possessed The Sight, she certainly is no longer under illusions of that ability. Echo is a free spirit. Smart, independent, and a cheerful goth youth, she defies the usual cinematic stereotype with her musical love of old standards and deer hunting (it's incredibly refreshing to see a goth girl who isn't all tropes of doom and gloom). Where we might find most girls of her ilk defying their mothers by getting piercings or some other social norms testing, Echo's crime is to go night sledding.

Kurt (Adams Sr.) has recently arrived in town. He's purchased an old property just down the road from Ivy and Echo to flip it for a profit. But it is his, and both Ivy and especially Echo's misfortune that his introduction to his neighbors comes as he drives home from the bar one dark night. Echo's sledding has carried her into the road and under the wheels of John's truck. Stunned and panicked, he takes her body back to his home to cover up the incident. But Echo is very much still alive, and John makes his first fatal mistake and, in doing so, finds himself a murderer.

Echo proves in death to be as defiant as in life–haunting John and winding her way into his psyche and reaching out to her mother from beyond. Or is she simply a product of John's self-guilt and torment and her mother's grief? Bit by bit, Echo makes her case for her presence.
She taunts him for his efforts to hide her body, the graves he digs, deeper and deeper, just get him closer to his own personal Hell.

Obviously, if you like this film, the credit belongs to Adams, Posner, and Adams. They are a group that is inarguably talented, dedicated, and in love with film's craft and art. What they have accomplished here has much to commend, but it is not without its rough and sometimes amateurish moments. There are attempts at surreal set-pieces that fall completely flat and are at odds with the cold, bleak atmosphere that serves the rest of the films so well. Contrast these heavy-handed scenes with the brilliance that is John, with Echo's sway beginning to take hold, merely using the bathroom. He suddenly seats himself, but only to urinate. And when he unspools a bit of toilet paper to dry himself, he realizes the absurdity of his position. But the crowning touch is John's f-you to Echo's influence when he, in a dickishly masculine move, makes sure to leave the seat up.

The trio is terrific in their roles, and the film's strengths far outweighs any problems, even in the final act. John is not an inherently bad man, but by the end, he practically becomes a monster–a conceit that is a bit of a stretch. Again, the more metaphysical aspects often clumsy. But the rest of the film is exceptionally well-made and often beautiful. The family makes the best of their cold, remote location (shot in upstate New York in the winter), and some of their compositions are both breathtaking and terrifying.

The Adams Family may be far darker than their namesake, but with The Deeper You Dig, they make a great case for letting this new family move into the neighborhood.