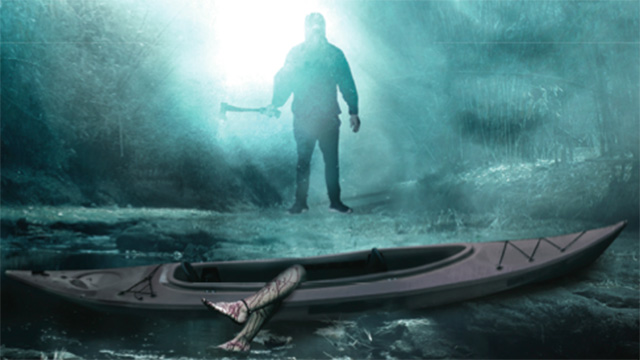 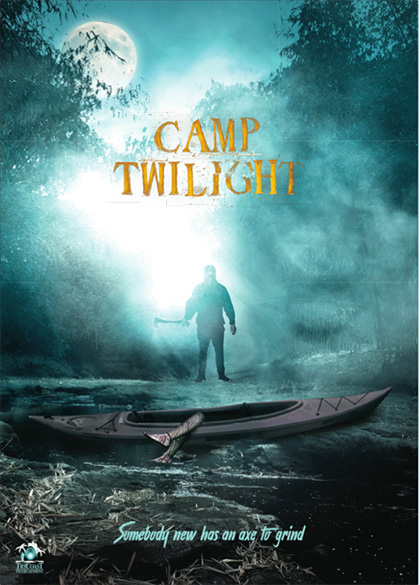 Camp Twilight is a slasher film with a humorous twist. It's 30 years after a series of brutal murders at the film's title's Florida campgrounds. Killings have started anew, at least that's what bumbling Park Ranger Bob believes. It's an opinion doubted by fellow ranger Art, as well as the Miami Vice-styled Detectives Bennett (Wez himself, Vernon Wells) and Cooke, who arrive to investigate some strange goings-on at the camp.

Meanwhile, a group of six local high school seniors, their grades in peril, have a chance to up their GPA with a field trip to the camp. Their decidedly unhip teachers (Barry Jay Minoff and Sleepaway Camp's Felissa Rose) promise them a tech-free weekend ("Whoop! Whoop!"), and the students resignedly play along with their plans for "fun." We all know what they would RATHER be doing. And as this is a slasher flick, a black-clad ax-and-machete-wielding killer is on hand to pick everyone off one by one.

Camp Twilight succeeds when it goes for a humorous vein rather than the blood-carrying variety. Bob and Art, our pair of rangers, are quite a great comedy team. Dave Sheridan and Steven Chase give the pair a familiarity and zany ease that is charming and laugh-out-loud funny. They would have made a decent vaudeville team. Most of the adults in this film are cheesy and more than a little clownish, but genuinely humorous. Rose (also co-producer and co-screenwriter, along with director Brandon Amelotte) gives her Ms. Bloom an over-eager absurdity, while Minhoff's Mr. Warner is uncool beyond words. And the fact that both have a bit of a clandestine relationship makes the teachers, if anything else, more even more cringy.

Had Camp Twilight kept itself a comedic film with murderous twists, it would have worked straight through to the end. I loved this film while it was making me roll my eyes and laugh aloud. Unfortunately, the third act loses that absurd edge and becomes a more conventional psychopathic slasher film. It brings twists, but ones that seem out of the blue, and we miss the tone that made the first hour so damned enjoyable. The fun presence of Wells, along with fellow genre favs Camille Keaton and the always welcome Linnea Quigley, gets lost when everything becomes grim.

Camp Twilight never quite pulls off the suspense or the scares, but we never cared as long as the laughs were there. Had they remained, this review could have been very different.

There's an old showbiz adage, "Dying is easy, but Comedy is hard." Somehow, Camp Twilight managed to get it backward.