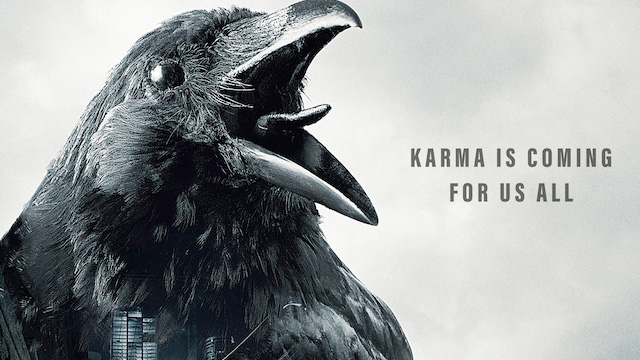 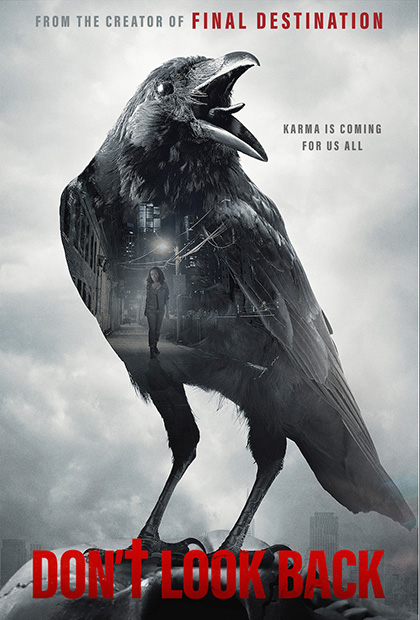 We should be deeply critical of how our society has become passive observers. When that passivity comes at the cost of intervening in times of need, that criticism is doubly relevant. Who here has not seen online cell phone videos of fights and assaults between ordinary people? Today, it seems many amateur-shot videos call into question the role of force between authority and the citizen; there is just as much, and probably even more, videos of citizen-on-citizen violent crime.

People standing by the sidelines. Observing. Refusing to step in. Doing nothing. Even documenting it for voyeuristic posterity.

Writer-director Jeffrey Reddick makes it evident in Don't Look Back that this sort of trending behavior should not be tolerated and comes at a cost. When community developer and philanthropist Douglas Helton is suddenly brutally assaulted in a secluded walkway in a public park, six people stand by, just watching the horror unfold, with one man even recording it on his phone. Among these six is Caitlin Kramer (Kourtney Bell, an appealing and charismatic newcomer).

Nine months previous, Caitlin and her father were the victims of a violent house robbery that resulted in his death. This incident left her recovering from a traumatic head injury that left her dead for several minutes, before being brought back to life by the doctors. Catlin experiences a flash of PTSD that paralyzes her during Helton's attack, but when she snaps out of it, she grabs the recording cell phone to dial 911. But it is too little, too late, as the attack has resulted in Helton's death.

As public outrage grows over the incident and the witnesses' moral failure to aid, particularly after their names have been outed by Helton's distraught and angry brother, Lucas, Caitlin is haunted by her own inaction. And, it seems, haunted by the angry spirit of Douglas Helton. She finds herself tormented by visions of his brutalized face, pleading for help but glaring at her in accusation. Mysterious coincidences surround the number "27" follow her, as does an ominous crow, a symbol of death. And when the five others begin to die one by one, Caitlin fears for her own life while subsequently gaining the police's attention. Because, by coincidence or supernatural fate, something has brought her near each person before they meet their grisly end.

Is Caitlin seeing Helton’s spirit or are they hallucinations? Are these deaths suicides of guilt, as they initially seem? Or is Helton's assaulter eliminating any potential witnesses? Could it indeed be the vengeful spirit of Douglas Helton exacting karmic revenge on those who failed to come to his aid? Or is there something—or someone—else afoot?

Reddick is best known as the original screenwriter/creator of the Final Destination series, a film celebrated and loved for its intricate, Rube-Goldberg-esque deaths. Like that film, the questions of fate, inevitable destiny, and the spiritual machinations of the Universe come into play here as well. Don't Look Back lacks the elaborate deaths that fans love about FD. Reddick, directing here his first feature, instead builds an elaborate Rube Goldberg of themes ranging from faith, karma, contemporary moral apathy, media responsibility, supernatural possibilities, and more. It's a lot to cram into one film, and, as a result, several potent opportunities are left underexamined. At one point, there are so many red herrings that nearly every single character becomes suspect in the possibility of a less-than-supernatural answer to the deaths of Helton's anti-Samaritans. This is a film where a bit less could have resulted in a lot more. Like Mr. Goldberg, Reddick has come up with a very, very elaborate way to achieve his desired result.

Reddick seems to have wanted to get several vital messages across while still making a suspenseful supernatural thriller. Though we get both message and some good tension, neither have enough room to develop the way anyone might have hoped. And Don't Look Back's basic concept is obviously something Reddick has pondered for some time, as his 2014 short, "Good Samaritan" explored a similar premise. Sadly, it is also not a topic that is likely to become irrelevant anytime soon. If anyone thinks it is only part of our more recent culture, we need to do nothing more than google "Kitty Genovese," “Sandra Zahler,” or, for that matter, read Luke 10:25–37…