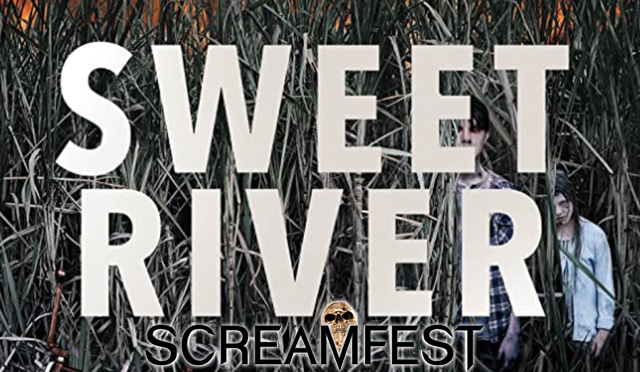 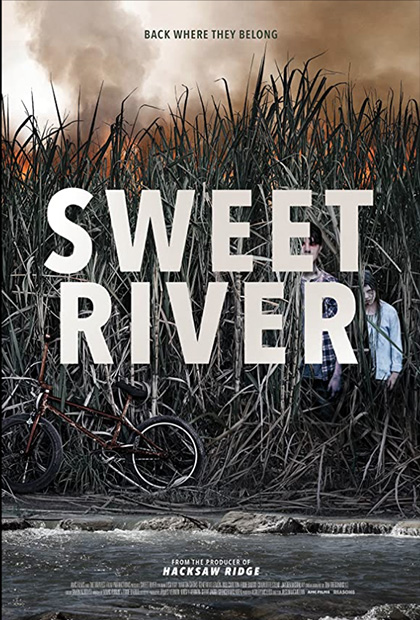 One of the most genuine real-world horrors has to be the loss by a parent of their child. It doesn’t matter the circumstances. It’s always heartbreaking. And the death of several children
can bring lasting pain to a community. The parents in the small Australian town of West Billings know this pain too well. Twin tragedies in the form of a devastating school bus accident and the unconscionable horror of a child serial killer. No parent has been spared the experience of loss as a result.

Hanna is a woman seeking closure for her loss. Her son Joey was one of the victims of Leonard Wilkins, the only child whose body was never recovered. She returns to Wilkins to find resolution and solace, but Billings is not a place to find easy answers. And it is not a place that welcomes her back with any sort of sympathy. There is too much the people of West Billings lost in that crash into the river those years before. Too much they lost in the cane fields. And it haunts them.

Sweet River is an exploration of a community whose history of tragedy alters and curses it forever. It’s a story of how hard loss can be to recover from, especially when it involves a child. The film uses that tragedy in service of much more mysterious and supernatural horrors. When it works, it can be an incredibly effective picture.

Lisa Kay could take the easy route and portray Hanna as your stereotypical grieving mother, seeking answers. Yes, she’s obsessed, as any mother would be, but she has at least tried to move forward emotionally (eschewing drinking for almost regimental jogging to mantra-like self-help recordings). The same cannot be said for the families of Billings. Couple John and Elenor still grieve the loss of their daughter on board that bus. While Elenor doesn’t fully acknowledge that her daughter is dead, John’s (Martin Sacks) denial is even deeper, if not as apparent. Hanna and John interact through the majority of the film, and Kay and Sacks are incredible together. Their performances are nuanced, gentle at times, and untenably tense at others. The pair head a universally strong cast.

Where Sweet River falters is in trying to go down too many paths. There’s far too much unexplained, both in plot points and thematic threads. There are symbolism and portent, but it never fully pays out. It has the scares and is often creepy as hell, but in the end, like Hanna at the film’s start, we’re left with far too many questions.

It’s not enough to derail the film. Still, it is enough that, once you’ve experienced the tragedy of the broken families of West Billings, you find you were just along for the ride, rather than becoming invested fully in their loss, and the horror they have been living under ever since.