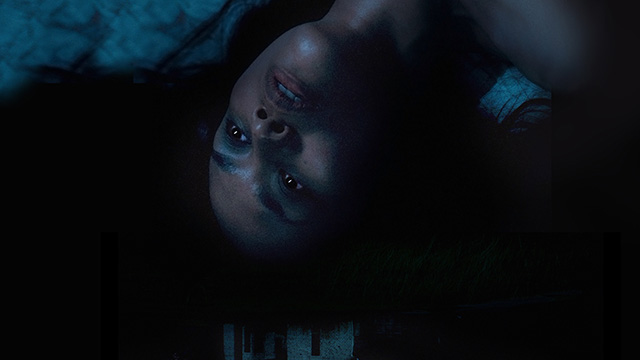 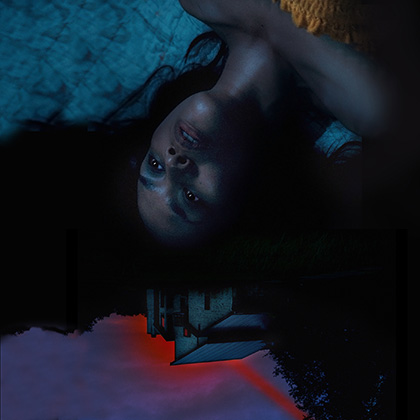 The horrors of the real world far exceed those pulled from the most bottomless pits of our imagination. These are many times the evils we seek to hide. To forget and deny. They are often tinged with shame, even if we are not the perpetrators, but instead the victims.

Sanzaru is a dark, gently evocative film, filled with malevolent undercurrent tinged with dread. It is essentially a haunted house picture. But the disturbing things that permeate this house are not just metaphysical.

Evelyn (Aina Dumlao) is the Filipino immigrant caregiver to Dena Regan (Jayne Taini). Dena is on the decline. Beset with morbidly obese, on blood thinners, and declining mentality, Dena requires constant care. Also, under Evelyn’s charge is her nephew Amos, a moody teenager struggling to adjust to his new environment while dealing with bouts with catatonia. Dena’s son Clem (Justin Arnold), lives in a trailer on the property. He, too, is damaged, not the least of which from his military PTSD. As Dena deteriorates, Evelyn, Amos, and Clem each face their unique familial issues. Simultaneously, a sinister force called Mr. Sanzaru seeks to drive them further into darkness and the secrets of his past.

Writer/director Xia Magnus has crafted a quiet but incredibly effective horror film. It’s a very confident and sure-handed debut film, both in its visual tone, pacing, and in the handling of his cast. Essentially a quartet ensemble piece, Sanzaru’s actors give wonderfully adept, charismatic, and intelligent performances. Everyone is strong, but the women, notably so. Jayne Taini, the veteran here, is fearless in her portrayal of Dena. It’s a subtle role, and her Dena is a saddened, confused woman. Taini is unafraid to embrace the pitiful, often embarrassing nature of decline that the character requires.

Aina Dumlao is fantastic as Evelyn. She is often weary but then flashes a plainspoken luminosity. It is a potent performance, but a deftly subtle one. Evelyn is a natural nurturer.

Sanzaru is very much a film about motherhood. Evelyn is mother to Dena, Amos, and Clem, each in her own fashion. Amos’s mother has sent him away. Clem’s, even before her decline, seems to have been unable to perform her core maternal duty. Evelyn’s beloved mother passed away back in the Philippines. Even in death, her influence of her daughter remains. It is her voice, speaking in Tagalog, that we hear throughout the film, like a narration.

Absent are the fathers. And Sanzaru has much to say about them as well. Evelyn’s father left his family. Dena won’t speak much of Clem’s father. In fact, Dena’s daughter laughs at the idea that his headstone is just a marker, as the morgue somehow misplaced his body. It is obvious things are might be better with him dead.

There has been a big push for more Asian-inclusive films, and in this, Sanzaru also succeeds. The Filipino-American experience is familiar to this reviewer, having grown up in a Naval community with a larger population. To see it represented on film was surprising and encouraging. It, like so much else in Sanzaru, is handled with a lot of depth and nuance. Bravo to Magnus.

Combine all of these elements with its haunting supernatural themes, and Sanzaru is a welcome entry into the recent crop of challenging, intelligent, and unsettling new horror films.

This devil of a reviewer gives Sanzaru 4 out of 5 imps.