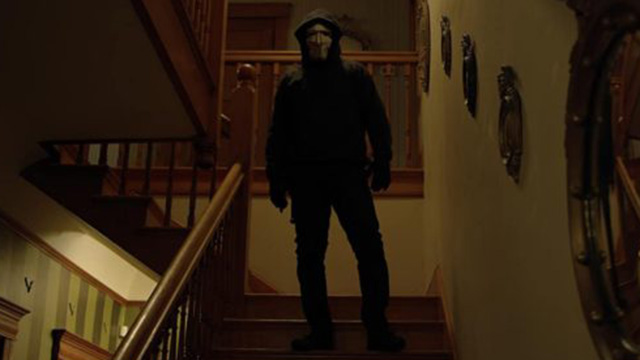 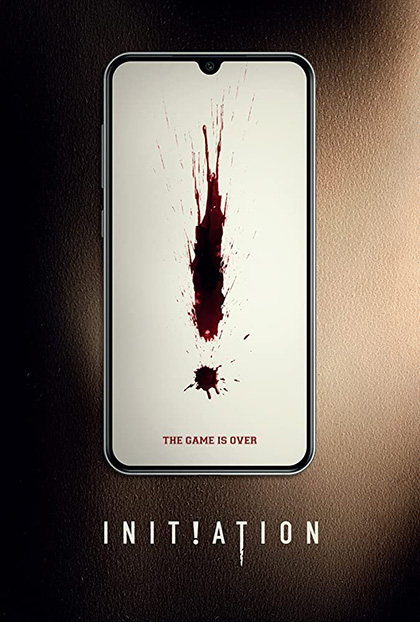 Sexual assault is arguably one of the most subjects to deal with on American college campuses today, fraught with politics, fear of shame, and so much more. It’s a topic at the heart of Initiation, a collegiate slasher film that touches on this and several other heady subjects while trying to scare the daylights out of you.

Sorority pledge Kylie wakes up after overdoing it at a party and suspects that, in her stupor, she is the victim of a sexual assault. Her suspicions fall upon one of the school's most popular students, Wes, Whiton University's Olympic hopeful swim star. Rumored to have been involved in a similar assault the prior year, Wes is also the younger brother of sorority head Ellery. But another type of campus violence threatens to eclipse matters. A masked killer, armed with some mighty nasty power tools, wreaks bloody havoc on those associated with Kylie's horrible evening.

Coming into Initiation completely cold, one might, at first, question if you’re actually watching a horror movie. For the first 30 minutes, we aren't even sure what sort of film this is. Texts and PMs between characters, superimposed, fill the screen. Just as we're about to be completely annoyed by it, the gimmick thankfully subsides to become a more motivated device. The vibe at first is college-comedy light, with the usual frat pledge antics. Once we're into the next morning, the mood properly shifts to become much more serious.

Quickly things shift into slasher-film gear, and fans of the genre won't want for some very gruesome deaths. Knives slash limbs and throats, and there is the particularly original use of a rotary hammer-drill and some mighty giant construction spikes. The film keeps us guessing as to who our killer is and just what his motivation truly is. Red herrings arise, but as they are eliminated, we're still left clueless. When the killer's identity is finally revealed, we're surprised, but not for the right reasons.

Initiation is a film with a lot of pros and cons. Let's start with the good.

The film looks great, with the texting superimpositions stylishly done. The performances in Initiation are solid. Ellery, played by Lindsay LaVanchy (who co-wrote the film as well), is a standout. Isabella Gomez (Kylie) is also excellent, and Troy Gutierrez gives Wes charm and charisma. His sibling interplay with LaVanchy is pitch-perfect, and up until the morning-after's accusations, we like him a lot. Genre fans will enjoy seeing Yancy Butler as the town’s Homicide Chief. Characters are well drawn, and dialogue is often fresh, crisp, and believable (the film has a very convincing portrayal of grief/denial). And of course, as this IS a slasher film, the murders are inventive, brutal, and bloody. When it comes to kills, Initiation delivers.

Now the not so good. You could quibble over the police officer always seen in full military tac-gear as if on a SWAT mission (distracting enough that we mention it), but the more significant problems are those of tone and logic. The first third could be any college flick, and the second is where the meat of our horror film is, both figuratively and literally. The final third is essentially a cat and mouse game, but once our killer is revealed, that whole chase seems wildly unmotivated. There’s a montage of all of the subtle hints dropped earlier, but these are all hints that we would have NO way of catching the first time around. Cap that off with an utterly out-of-left-field anti-resolution. It seems the filmmakers wanted to make statements on a few current serious topics, but never really develop any of them in the way they deserve.

Slasher films have a history of asking audiences to overlook some pretty tenuous ties to reality and rationale. Initiation sometimes asks an awful lot of its audience, which is a shame. It otherwise has some style, fine characterization, and patches of excellent writing. And of course, it has those gory killings. And really, that’s what you came for, isn’t it?