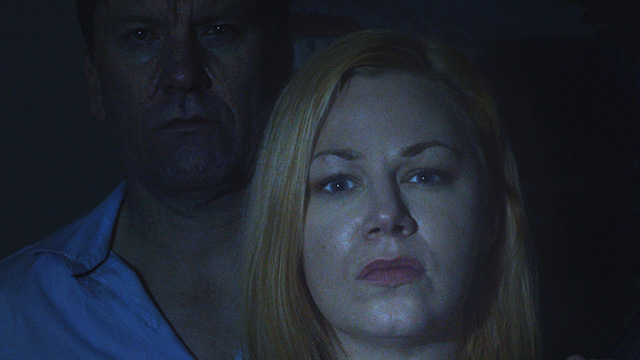 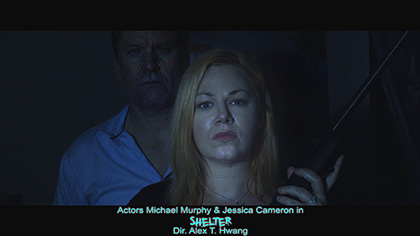 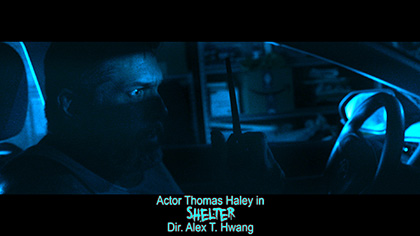 The Director, Alex T. Hwang, gave this statement about his experience while filming:

“The best thing about shooting Shelter was that there were no divas, everyone helped, actors moved lights, they helped with clapper when needed, they went to pick up food when it was necessary, all worked on props and wardrobe, and the producer did sound recording. The shoot went smoothly without and any conflicts. I loved shooting Shelter with a minimum amount of people, it takes me back to high school, when I was making movies on a super 8 camera with friends. Those were the best times and Shelter brought back those feelings and wonderful memories.” 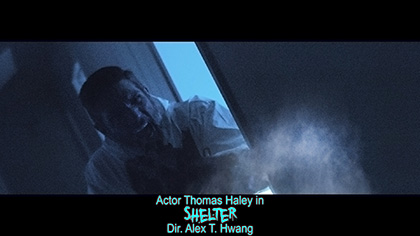 Producer Kathleen Hwang worked closely with the cast and crew to observe Covid 19 regulations for filming, this is what she had to say about the experience:

“Producing a movie during the Coronavirus pandemic, introduces a whole new set of obstacles to meet head on. Keeping cast and crew safe on set was of the utmost importance. We were fortunate to have a script that lent itself to mask wearing other opportunities to keep both the cast and crew safe. Having a very small cast was also beneficial. Director Alex Hwang and I were able to fill many roles off camera in an attempt to keep the crew small and safe. Finally, casting was important so that we could get through scenes efficiently.” 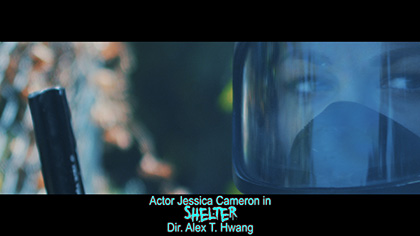 The production team were kind enough to pass along some unreleased stills from the set of Shelter. More information about the project can be found on their IMDB page: amazon.com

When asked about the completion of principal photography, Thomas Haley had this to say:

“When Alex first sent me the script I thought this character could be a lot of fun. However, as I continued to develop “Mac”, whom I describe as a selfish thief that reveals he is actually a badass that wants to save the girl he started out terrorizing. It was incredibly exciting and fulfilling bringing this character to life.” 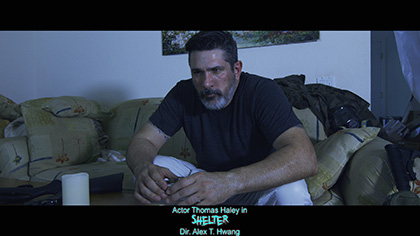 Shelter
Directed by: Alex T. Hwang
Produced by: Kathleen Hwang
Written by: Alex T. Hwang, Kathleen Hwang
Starring: Jessica Cameron, Thomas Haley, Michael Jon Murphy
Synopsis: In the not so distant future, a married couple must work together to survive an outside force that threatens the existence of all humanity. When an Intruder arrives, hope for a future may be found in the most unlikely place.