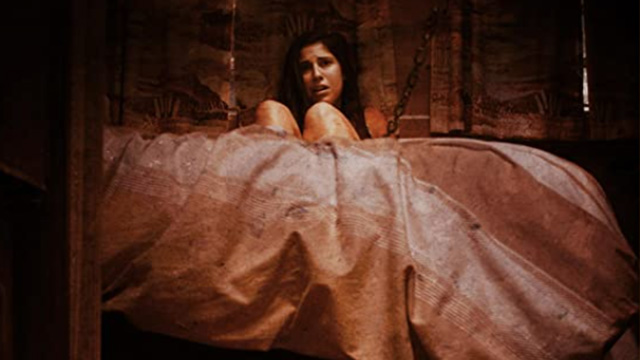 Diablo Joe Reviews - No Such Thing as Monsters

"No Such Thing as Monsters"
review by Diablo Joe 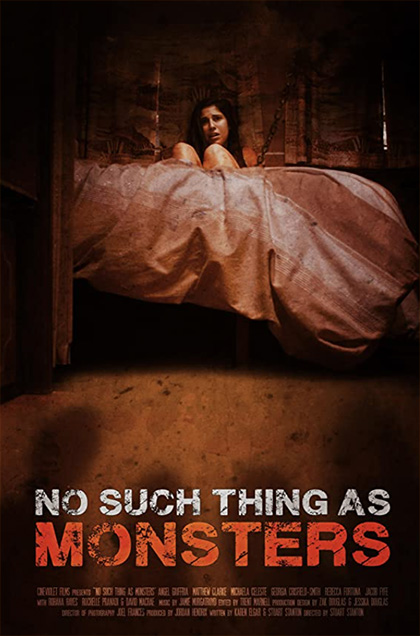 No Such Thing as Monsters

There’s something particularly idiosyncratic about Aussie horror. Being a bit of a naturally hardscrabble bunch, the Australians put a particularly gritty and bleak touch on things, especially when leaving the city for the rural and the outback. And when they let things get nasty, things can become particularly so.

“No Such Things as Monsters” is one of the newest examples of Australian horror in the vein of “Wolf Creek” and “Killing Ground.” David (Matthew Clarke) has convinced his girlfriend, Mary (Angel Giuffria), to overcome her intense claustrophobia and join him in a camper trailer for the romantic weekend in the woods that he has planned for the two of them. Soon after they arrive at the camp spot, another group joins them. Nelly (Michaela Celeste), Becca (Rebecca Fortuna), and Elmer (Jacob Fyfe) are young, loud, and hard-partying–half-siblings to one another. With them is their sister Amy (Georgia Crisfield Smith). She, unlike her brothers and sisters, is a shy, fragile woman-child. Her skin and face covered to hide a disfiguring skin condition, she is near silent, communicating only via a crocheted puppet.

After first seemingly befriending them, the family kidnaps David and Mary, taking them back to their remote home. Subjecting them to prolonged mental and physical torture, they hold the pair for months as they begin to indoctrinate Mary and David into the family in a particularly nasty manner.

“No Such Things as Monsters” will draw many comparisons to “The Texas Chainsaw Massacre.” The psychopathic family, living alone, taking sadistic glee in tormenting and abuse. The child-like sibling outcast who spends the film with a face covered by a mask. These parallels are there for sure, and director Stuart Stanton and his writing partner Karen Elgar must have acknowledged them while making the film.

But “No Such Things as Monsters” is much more creative than just a TCM rip-off. It’s nearly 9-month time frame allows for far more character development. Mary is a smart, resilient woman, and it’s the character’s background of overcoming her past obstacles and traumas that enables her to survive her ordeal. It’s also her tool to get close to the broken Amy, whose trust she gains through empathy and kindness over night after night games of chess. Savage, smart, and terrifying, Nelly is wild-eyed but always with wits laser-focused. Red-headed Becca is the firebrand–all libido and vanity. It’s evident that the men in this family are not known for being the brains, but what Elmer lacks in smarts, he makes up for in cruelty and depravity. The matriarchally-dominant nature of the family becomes more apparent as the film progresses, and we understand the psyches of our antagonists upon the arrival of Mother (Rohanna Hayes). The whole cast embodies these characters fearlessly and with a great relish that elevates the film.

It should be noted at this time that Angel Giuffria is, in real life, missing her lower left arm. She, and Mary, wear a robotic prosthesis. It is to the credit of the film that the other characters do not directly reference it until midway through the film. It becomes a plot device only in the service of Mary’s character and her ability to empathize with Amy’s physical differences. Giuffria, in any case, is a powerhouse of an actor. She makes Mary tough, human, and incredibly charismatic. More films would benefit from casting her with complete blindness to her perceived “disability.”

Like “Texas Chainsaw Massacre,” “Monsters” is far less bloody than some films. It’s still a nasty, brutal exercise thanks to its phenomenal performances, direction, and writing that is aided and abetted by gritty, facile camerawork, and assaultive sound design. Though some may take umbrage with a turn of character near the conclusion, most will find it a harrowing movie with some twisted takes on familiar horror tropes.