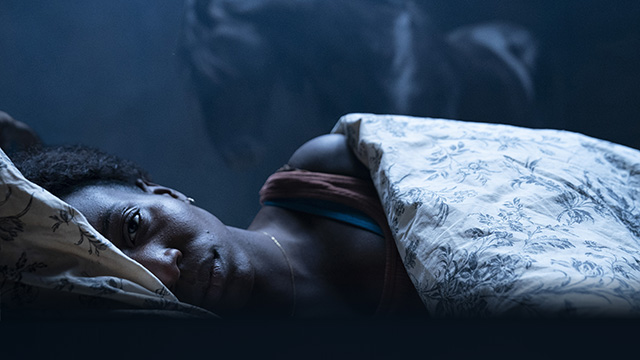 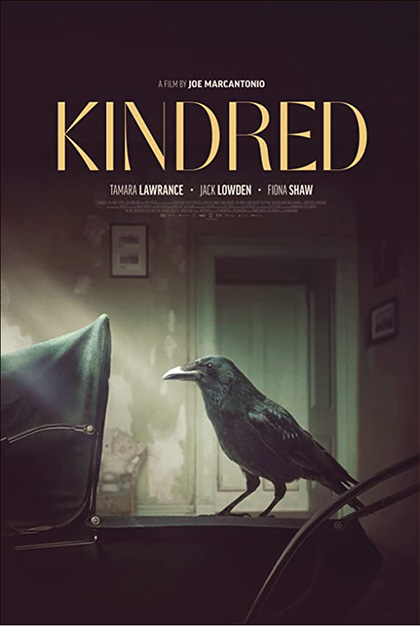 There are various filmic ways to up the ante of tension in a thriller. Put a person in danger. Make that person a mother with a child, and we're even more invested. Make her expectant with child, and we're more still. Give that danger a sense of unknown malevolence threatening a mother-to-be, and you're arguably nearing the apex.

"Kindred" opens with Charlotte (Tamara Lawrence) and her husband Ben (Edward Holcroft) announcing to his mother Margaret (Fiona Shaw, "True Blood's" possessed medium) and his step-brother Thomas (Jack Lowden) of their plans to relocate to Australia. In particular, Margaret takes this poorly, but the two are resolute in this intention, even after discovering that, despite all precautions, Charlotte is pregnant. Following a freak incident, Margaret and Thomas insinuate themselves into Charlotte's care with ever-increasingly suspicious intent. As Charlotte seeks to free herself from their grip, she finds herself plagued by dark, disturbing hallucinations and the realization far more than just her husband's family are working to thwart her.

One would not be wrong in drawing comparisons with "Kindred" to other films, especially "Rosemary's Baby." There is the creepy, complicit doctor (Game of Throne's Anton Lesser), the mysteriously "coincidences" hampering and manipulating our expectant mother at every turn, the teas brewed with more than just water, and the strange visions. Even NYC's fabled Dakota building has its analog in the gigantic country estate Margaret traps Charlotte in.

Such similarities to classic horror films are not inherently a problem if there is sufficient flair, originality, and payoff. Unfortunately for "Kindred," it fails miserably in every respect. The whole of the film's machinations and twists repeatedly string the audience along, pulling them toward a half dozen possible conclusions and conjectures that never play out or pay off. Characters behave in completely unmotivated manners, suggesting far more than is ever actually there. Thomas waffles from knowing antagonist to clueless pawn. Worst of all, Charlotte, who is seemingly an intelligent woman, rolls along with everything for fully half the film before suspecting anything is afoot. That would be okay if it weren't for the fact that, at that point in the movie, she is easily into her third trimester of pregnancy and many months of Margaret's control.

All of which is really too bad. "Kindred" is a waste of a fantastic cast, each doing the best with what they have. The cinematography is gorgeous, dark, and moody, and the overall milieu is unsettling. But "Kindred" is a film that plays its audience. It's all promise and no fulfillment.