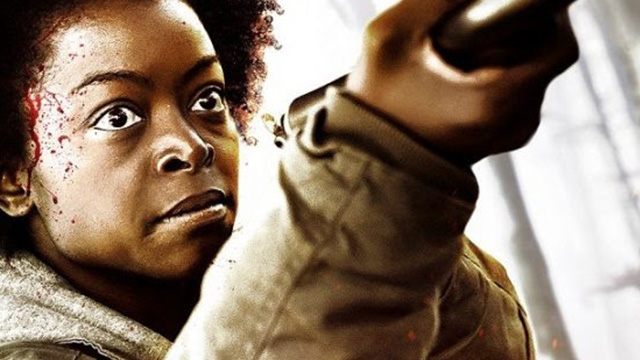 "The Devil To Pay"
review by Diablo Joe 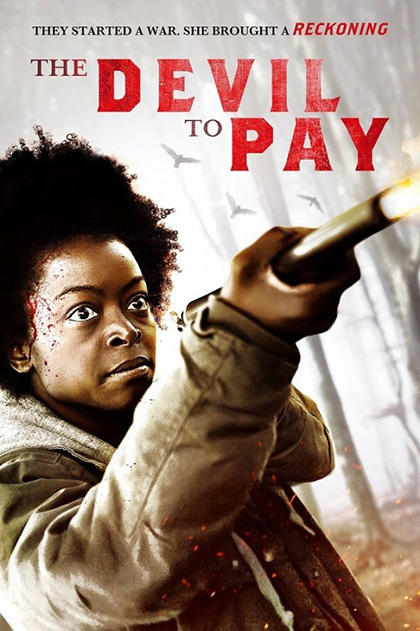 The Devil To Pay

The Appalachians are possibly one of the most underestimated places in this country. With scenery that will suck the very breathe out of you, it is remote and unyielding. The people who live there are simple folk, rooted in long-standing traditions and ways all their own. But anyone who has spent time among those people knows that to conflate “simple” with “stupid” is to make that mistake at your own peril. These are proud people. They are smart. They are tough. And when need be, they are dangerous.

That “The Devil to Pay” is marketed under the horror genre may disappoint some. Despite its somewhat misidentification, the film will reward impressively those who stick with it. Writer/Directors Lane Skye and Ruckus Skye, working with their star and producing partner Danielle Deadwyler, have created a film that deserves to be seen. Hopefully, no matter what people want to call this film, it finds the audience it profoundly deserves.

Lemon Cassidy and her son are long-standing residents of their mountain. She makes her way through each day, doing what is necessary for the best of her boy. When Wade Runion, whose family is one of the oldest and most powerful on the mountain, arrives with kin in tow, he announces that they’ll be staying and keeping an eye on Lemon’s son. Well, we know then that something is not right. It seems Lemon’s husband failed at a simple, but massively consequential, job given to him the folksy but terrifying matriarch of the Runion clan. And Tommy Runion has decreed that Lemon must make good on her husband’s task. In doing so, Lemon finds herself in the middle of a generations-old Mountain feud.

The Skyes have accomplished something pretty unique with “The Devil to Pay.” It’s a film of incredible beauty (Georgia stands in for the Appalachian Mountains) and manages to dodge just about any stereotype we might typically expect in a story like this. With Lemon Cassidy, the Skyes have given us a genuinely strong and original female character. She is loving, fiercely intelligent, independent, fearless, and not someone to be trifled with. As Lemon, Danielle Deadwyler is luminous. It is a performance filled with nuance and quality. It is a defiantly confident and assured portrayal of a woman who will protect her son at all costs. The film’s entire cast is on point throughout. Every character, no matter how small, is distinct. The only exceptions are the members of a cryptic pagan commune, living apart from the rest of the mountain’s community, Lemon encounters as part of her mission. But we should expect this homogeny in a mountaintop cult.

This rural religious group, dubbed “Heathens” in the credits, might be the film’s one real nod to traditional horror. They may lack the elaborate ritualistic scheming of “Midsommer,” but their very grounded nature makes them all the more believable and just as unsettling.

“The Devil to Pay” shows us the Appalachian people in rich detail and with subtle shadings. They are articulate, savvy people, driven by obligations of family, community, and tradition. Even the character who could be closest to the typical “hillbilly” archetype plays and sings a song of exquisite beauty (portrayed by the film’s composer–and the soundtrack continues that lovely quality). Small touches, such as the old men playing checkers outside the local “apothecary,” putting butter on your biscuits–not egg–to make ‘em nice and brown, and the rabbit’s foot keychain, show that the Skyes know how to set the tone. But it’s stuff like the Lemon’s pride in her immaculately tidy, if worn, home (“Clean off your shoes. Don’t dirty up my porch.”) and the neat, well-laundered clothes she and her son wear that shows the Skyes also understand the fierce self-pride these people have. It’s a rarely opened window to an important part of America.

To the filmmaker’s additional credit, “The Devil to Pay” never openly addresses Lemon Cassidy’s race. She and her son are two of only three characters of color in the film, and it would be easy to lean heavily on that. Instead, the film shows its white characters always giving her respect and polite consideration. Any dominance they assert is as much the product of mountain culture as it is racial. Separation is still there but never presented heavy-handedly.

“The Devil to Pay” may not fit neatly under the “horror” banner, if at all. But it is a film as tense and harrowing as anything out there. The fear shown on Lemon’s face is a very real-world one. “The Devil to Pay” a remarkable achievement. With its lush photography, rolling soundtrack, powerful performances, and uncompromising story, it is a film that should be seen by as broad an audience as possible.