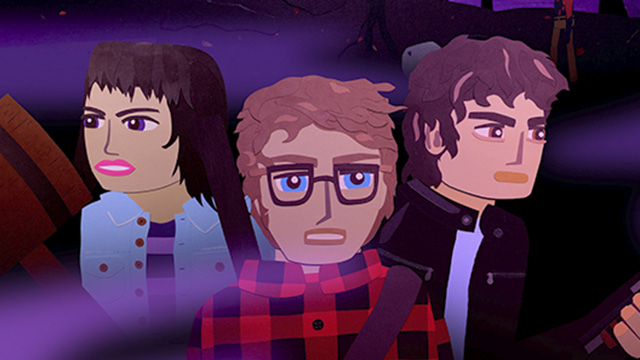 "Attack of the Demons"
review by Diablo Joe 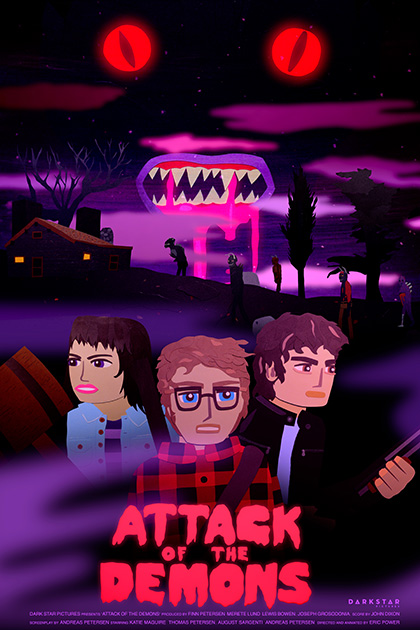 Attack of the Demons

Probably one of the least appreciated cinematic forms that horror has taken is animation. In truth, it has a long, long history, both in 2-D and stop-motion. Disney’s 1929 Silly Symphony “The Skeleton Dance,” the Chernobog from their “Fantasia” eleven years later, much of Richard William’s 1971 “A Christmas Carol,” the nightmarishly disturbing “Street of Crocodiles” (1986) from the Brothers Quay, and of course, a whole host of anime are fine examples of the genre brought to life frame-by-frame.

“Attack of the Demons” is a colorful, highly creative effort from director and animator Eric Power. It is a love letter to films like Lamberto Bava’s “Demons” and “The Evil Dead.” Painstakingly crafted from cut paper (!!) and animated by hand. It is sick and twisted, and gorgeously so.

It’s Halloween in the small town of Barrington, Colorado, and everyone has gathered for the festivities at the big music festival to cap off the evening. But the night takes a dark turn when a last-minute closing act calls forth an ancient evil from the depths that begins to turn the townsfolk into horrible zombie demons. It’s up to Natalie, Kevin, and Jeff to save the day, and perhaps, the world.

By putting together a nearly 75-minute animated showcase of his talent and creativity in what seems like a single-handed animation effort, Power has accomplished something pretty amazing with “Attack of the Demons.” The obvious comparison would be “South Park,” but that would be the easy out. Power may indeed owe inspiration to Parker and Stone. But he is just as in awe of the Italian horror masters (even Kevin is a champion of that sub-genre). These films, plus video games (Jeff is a gamer geek), and cool music (Natalie is a hardcore music fan, and the soundtrack by composer John Dixon rules), are all influences on Power. The animation's look is so fun, colorful, and grotesquely over-the-top that you can’t keep your eyes off the screen.

But as much as we can give credit to Power for the film’s great creative successes, we also must look to him where the film falters. And if there are two areas where “Attack” breaks down, it’s in pacing and tone.

Every single shot in the picture seems just a beat too long. It’s just about a quarter over an hour, but it really could have been a quarter under and been perfect. It’s as if we’re watching an assemblage cut, where everything is just in place for order. Perhaps Power was reluctant to cut any of his hard-wrought animation work? Whatever the reason, everything just seems to take forever at points when we should be hurtling along in action. Could it perhaps have benefitted from some sort of simple pre-visualization with the soundtrack?

But the problems with tone really rest with that soundtrack. Not the music, which, as stated above, is spectacular, but with the dialogue. All of the voice actors deliver their lines with an absolute modicum of urgency and variance. As a result, what should be the tensest scenes–demons terrorizing our heroes, horrifying deaths–end up with the same feel as the opening scenes at a diner, chatting over video games, music, and movies. It lowers the stakes quite a bit, and that’s just unfortunate.

But while “Attack of the Demons” may not be a perfect film, it is also a film that should be recognized for its high level of creativity and fresh approach to horror cinema. Eric Powers possesses a real talent, and it would be great to see it grow and mature because there is so much potential in his animation work.