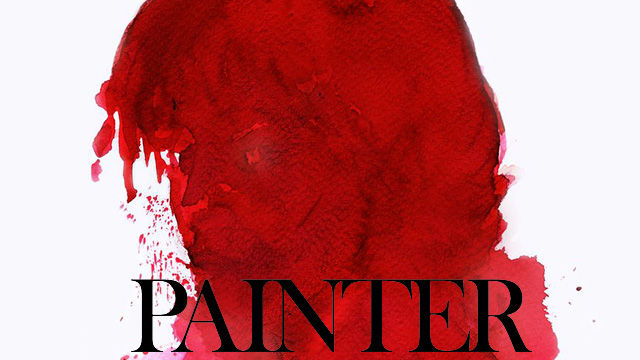 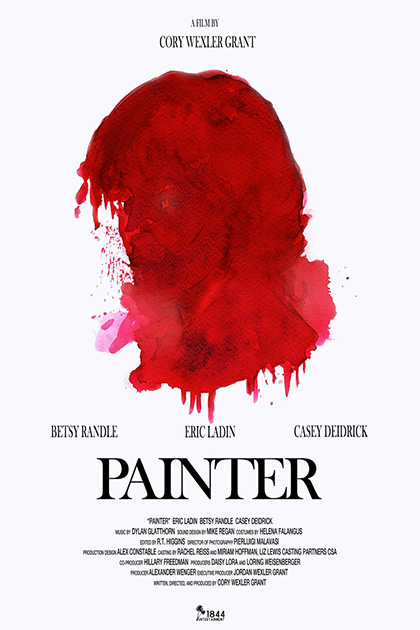 The art world is a weird place. Money rules it, success there has little to do with talent, everything is subjective, and even though no one really knows anything, everyone will tell you that they know all. It is, in other words, a real horrorshow. And writer/director Cory Wexler Grant's new thriller "Painter" attacks that nightmare world with a very pointed brush.

Painter Aldis (Eric Ladin) is a very talented artist. But like most out there, his work is passed aside and snubbed by the gallery Svengalis like Caree (a coldly aloof Susan Anton) and Anatole (Endre Hules). These puppet-masters drive sales and mete out showings based upon whim, nepotism, and dollar potential. But when Aldis finds himself with a curiously intensely driven patron in the form of the older, uber-rich Joanne (a splendid Betsy Randle). As Aldis finds success and recognition ever more within his grasp, he must also contend with Joanne's ever-increasing influence. And when her grip extends to memories that have haunted Aldis since childhood, the pallet of colors “Painter” uses turns darker and very, very red.

There have been films dealing with the creative world's dark politics while still keeping things grounded in reality. "Swimming with Sharks" and "Living in Oblivion" explored the film world. Writing got its due in "DeathTrap" and, of course, "Misery." But, for some reason, the fine art world has often turned to the supernatural for its chills (“The Picture of Dorian Gray,” and the more recent “Velvet Buzzsaw”). Which is odd, considering it is perhaps the field most populated by real ghouls and vampires. Plus, you aren’t really a success until you’re dead, right?

“Painter” succeeds by keeping things very real and somewhat subdued. It resists, for the most part, to portray the art world in caricature. The most extreme hanger-on is the enigmatically erotic woman whose face is hidden continuously by a stocking mask. This affectation wouldn’t be out of place to anyone who has spent time in a big city's artistic spheres. It also makes excellent use of its LA setting over the oft-used New York City. The mansion Joanne lives in with her attentive, speech-challenged gardener is bright and sunny, providing the perfect studio for Aldis. And the ideal place where she can keep an eye on her young protégé and plan for his every need, no matter how sinister.

Another big part of what makes “Painter” work is its top-notch performances. Eric Ladin has played unsavory, morally-compromised characters in roles on TVs “Damages” and elsewhere, and it’s good to see him play a guy who starts decent but flawed and lets those flaws get the better of him. It’s a treat to see ‘70s-‘80s bombshell Susan Anton again, and she gifts gallery owner Carree with a brusque chill and indifference. Casey Dedrick is great as Aldi’s perceived rival, artist de jour Ryan West. He gives West just enough cocksure attitude that we find still him human enough to neither hate nor like the character wholly. But it’s Randle’s gentle yet twisted turn as Joanne that fully completes the picture–manipulative, sympathetic, pathetic, and subtly unnerving. She’s unstable without ever being “crazy,” and the resulting character who is unpredictable. She is familiar and enigmatic all at once.

“Painter” never quite altogether completes the transaction on the sale of its own art. But it’s a well-crafted effort, worth your time if not quite a masterpiece. It’s a deadly plunge into a cutthroat world where fragile egos collide with equally brittle psyches.

This devil of a reviewer gives “Painter” 3 out of 5 imps.