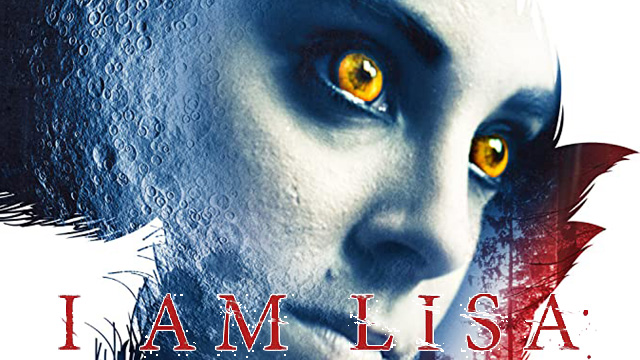 Diablo Joe Reviews - I Am Lisa

"I Am Lisa"
review by Diablo Joe 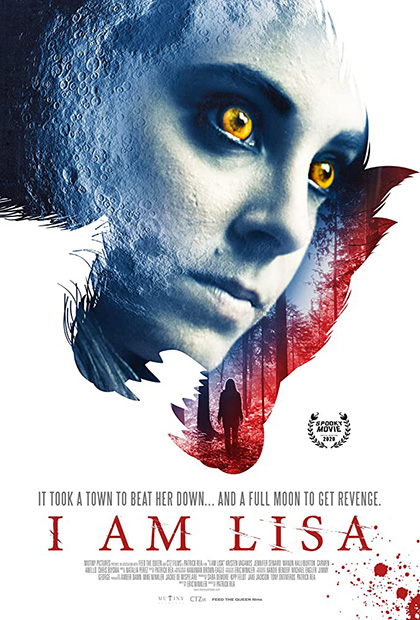 There’s a terrific 1977 exploitation film called “Rolling Thunder.” William Devane is a ‘Nam vet returned home whose family is killed by a gang of thieves. They mutilate him and leave him for dead, but he straps on a prosthetic hook and, aided by Tommy Lee Jones, tracks the bad guys down and kills them one by one. It’s standard revenge stuff, and a Tarantino fav, but oh so good. “I Am Lisa” is, at its core, a standard revenge flick, but with lycanthropy tossed into the mix. And like “Rolling Thunder,” it rises above the pack (no pun intended).

Lisa is a young woman, returned to the small Missouri town of her youth after her grandmother bequeaths her a used bookstore. The town is overseen by the powerful and cruel Huckins clan. Jessie Huckins is the town dope dealer and “mean girl,” who, along with her buddies Dana and Millie, torments Lisa. When Lisa attempts to report her problems to Deb Huckins–Jessie’s mom, AND the corrupt local sheriff, Sheriff Deb and her deputy son Nick allow Jess and her posse to beat Lisa to a pulp. They then take her out to the woods to feed her to the wolves. Of course, these turn out to be no ordinary wolves, and when Lisa escapes the lupine attack with just a bite, she discovers that her life is irrevocably changed. Keeping news of her survival secret to all but best friend Sam, she sets about settling things with the Huckins family as only she can.

All of this is standard exploitation fare but with a werewolf twist, but director Patrick Rea (“Nailbiter”) and screenwriter Eric Winkler keep it lively and interesting along with the cooperation of their solid cast of game actors. “I Am Lisa” is definitely a film on a budget, but a smart director knows to make sure that money goes where it needs to go and that every dollar spent is on that screen. The film looks great, with plenty of mood and some excellent camerawork. The effects are well done and almost all on the practical end, which is fun, even if we don’t get the payoff of a full-blown werewolf. Natalia Perez’s score buoys the tension and keeps the picture moving.

As Lisa, Kristen Vaganos is smart and tough. She takes us through her journey with a mix of sympathy and spunk. Carmen Anello’s Jessie is mean, sexy, and a spoiled-punk mess. She’s a screwed-up kid from a screwed-up family. As Sam, Jennifer Seward is probably the weakest of the lead actors but does the best she can with a part both underdeveloped and occasionally saddled with some of the film’s most awkward dialogue. The big kudos go to Manon Halliburton, who gives Sheriff Deb exactly the vile, piss-and-vinegar swagger the role deserves. You believe she’s the sadistic bitch the film calls for in the character of Deb. It’s a tradition of cinematic small-town law evil that we know well and love. In Halliburton’s hands, she’s a right nasty piece of work.

“I Am Lisa” is far from a perfect film. As noted above, some of the dialogue veers into stilted territory, especially near the end. Though most of it is smart, sassy, and on point, there are some minor action bits in which Rea, attempting to cover budgetary and logistical shortfalls, doesn’t quite succeed as desired. And Deb’s relationship with the town’s lupine history and her mysterious henchman Dolphus are never explored to satisfaction. And of course, we never quite have that big, bad werewolf we always hope to see.

But if you enjoy werewolf films, and especially the exploitation flicks of old, definitely give “I Am Lisa” your attention. The werewolf genre is woefully underutilized, and while it may be lacking the thematic depth of “Ginger Snaps,” that’s not what it aspires to be. “I Am Lisa” is a revenge flick with a nice bite.