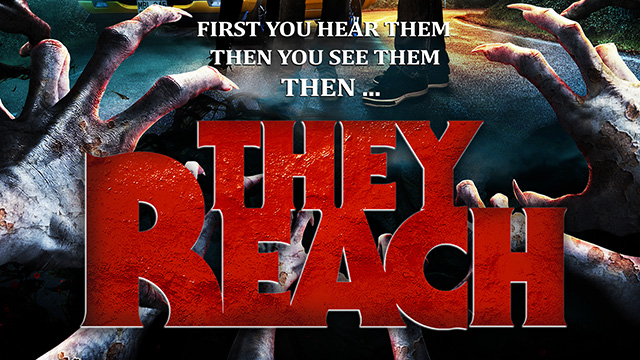 "They Reach"
review by Diablo Joe 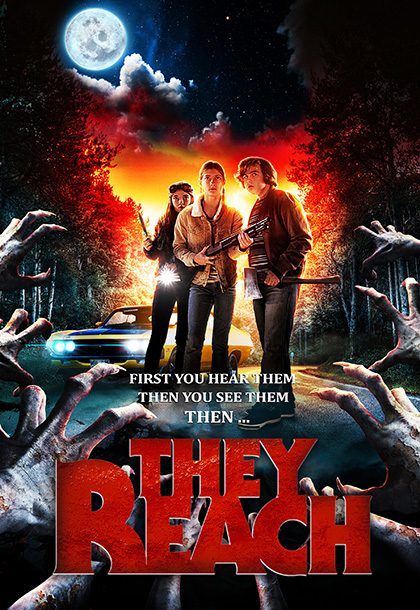 The success of "Stranger Things" has brought a surge of neo-nostalgic horror. Evoking everything from "Goonies" to "E.T." to "Nightmare on Elm Street" to “Firestarter,” these films aim to scare us while simultaneously taking us back to a warm, fuzzy feeling of when we were young. Some work and some don't, but that nostalgia is most effective when targeted at a certain age range–i.e., that audience old enough to have experienced these films either in the theater or on home video. So it's interesting that "They Reach," a film that exhibits a lot of that subgenre's desire to recreate a period vibe not just in its setting but its tone as well, should be so obviously aimed at the pre and young teen demographic.

Set in 1979, “They Reach” concerns young Jessica, a bright, nerdy girl still recovering from the recent death of her beloved brother. This loss has consumed her parents as well, and even her two best friends, the sheepishly sweet Sam, and Cheddar, a colorful and eccentric tomboy, are having a tough time providing solace. But when Jessica stumbles upon a box of odds and ends that an old tape recorder that was part of an exorcism attempt a decade before, she finds forces far darker than grief invading her world.

“They Reach” is an earnest attempt to produce a filmic version of a YA novel, albeit a lightweight one. Our young trio is the smartest and most savvy of the characters, while the adults, especially the police, are mostly played for buffoonish laughs. It’s neo-nostalgia aimed at kids who loved “Stranger Things” but are unfamiliar with its influences. As a result, we should judge it with that in mind. It also draws to question just what the filmmakers were sometimes attempting to do with the film.

The period setting is hardly integral to the plot itself. Aside from the issue of cell phones, the filmmakers could set it contemporarily. That two bumbling police officers are names “Kevin Smith” and “Jason Mewes” is more a distraction for adult viewers than a joke. And a toss-of flirtation between the school librarian and young Sam comes across as decidedly creepy and unnecessary. But what does seem aimed at a younger audience is the Grand Guignol deaths–ludicrous explosions of blood, with the actual gore occurring offscreen. The scares are well-placed but never too terrifying, black hands reaching from the darkness. For a pre-teen demographic, this stuff would probably be a delight.

What is excellent about the film by anyone’s standards are some key performances, namely our three heroes. Mary Madeline Rowe is as delightful as Jessica. Never too brooding in her grief; she is just a young woman who wants to honor her late brother by filling the void he has left. She’s willing to play along with her mother’s desire to be more girly when she would instead experiment with science projects. As Sam, Morgan Chandler is anything but the Junior High cool kid. Still, he’s never down on himself. He’s funny, confident, and pretty darned brave, and Chandler makes him likable as hell. The real treat is Eden Campbell’s oddball Cheddar. A classic wackadoodle of films gone by, she carries corndogs in her jacket pockets and sports an aviator cap. Think Curtis Armstrong in those early John Cusack comedies, or Gedde Watanabe in “16 Candles.” Too weird to exist in real life, they are either annoying or endearing. Cheddar, thanks to Campbell’s earnest goofiness, is all the latter. On the adults' end, Steffanie Foster Gustafson stands out (despite the impropriety mentioned earlier) as a New Agey school librarian who gleefully gives the kids access to her personal stash of occult literature.

It’s also a great looking film. Wonderfully moody and convincingly evoking its period. And the music suggests hits of the era that never existed.

Adults might wish that Dall and the company had taken the same care with some plotting and story logic. There are a few too many convenient coincidences and at least one glaring plot hole. The ending is as clean and pat as its classic walk down train tracks through woods. All this might not matter to some younger viewers. There is definitely an audience that will enjoy much of this film. Not to say that a more decerning spectator of that age might, however, be less accepting.