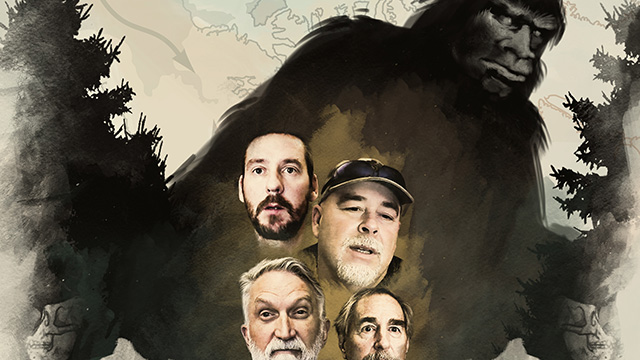 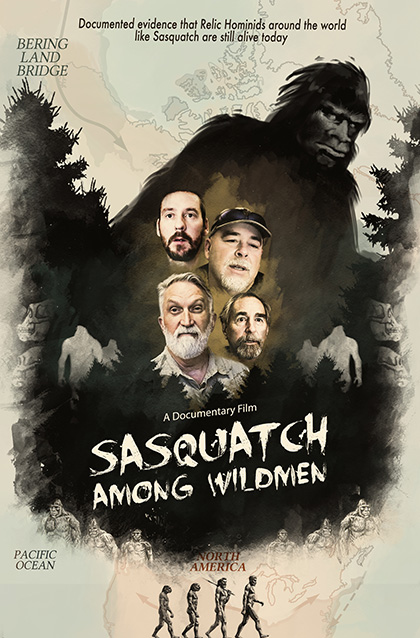 This review may be challenging to write. It’s is not a horror film, though many films reviewed here have been more horror adjacent in genre type. It’s a documentary, but that has never been an issue. But it is a cryptid film reviewed by a lifelong skeptic. So, full disclosure, this perspective will inform a lot of the critique despite a genuine attempt to approach the viewing with open, objective eyes. So this review will try to evaluate it first on its appeal to its chosen audience, and then as a critical document.

“Sasquatch Among Wildmen” is the latest from documentarian Darcy Weir, producer of several films on various paranormal topics–UFO’s, alien abduction, government conspiracies, and a previous Sasquatch-centric film, the oddly titled “The Unwonted Sasquatch.” That picture concerned itself primarily with the sighting of a creature in the Pacific Northwest. “Among Wildmen” travels to Asia in search of similar cryptids.

We’re shown footage of the Almas from the Russian Caucasus Mountains, and the Dev, in Iraq and the Tatra Mountains of Slovakia. We hear several first-hand accounts of encounters with Chinese Yeren in the forests of Shennongjia before eventually returning to North America. Throughout the film, the reports, evidence–especially the familiar footprint castings–and photographs are evaluated by Dr. Jeffrey Meldrum. Meldrum is a Professor of Anatomy and Anthropology at Idaho State University and a familiar face to Bigfoot aficionados, having authored one book, as well as participating in Weir’s previous Sasquatch doc. Meldrum elaborates on the morphology of the bipedal foot, particularly the anatomy suggested by the prints and its significance to the gait of the “Wildmen.”

The film ventures to a Sasquatch conference in Washington State where several investigators present their stories of encounters, go over sound analysis of field recordings, and examine the evidence of suspected Sasquatch sleeping nests found in secluded huckleberry groves. Each of the interviewees is earnest and plainly dedicated. There’s little doubt that these men have experienced, seen, and heard things that will stay with them for the rest of their lives.

These interviews may be the freshest material presented by Weir in “Sasquatch Among Wildmen.” NvTv, a YouTube channel and repository for Sasquatch-related video and material, is credited with providing many of the clips. It would be safe to assume that a sizable bit of the footage is already familiar to many of the most devoted, as would be a lot of the theories posited by Dr. Meldrum, some of which he expressed in “Unwonted.” As a documentary, it really doesn’t offer too much in the way of ground-breaking information, if any at all. And while it first seems to be dedicated to exploring the legends represented by other cultures, midway, it shifts back to the Pacific Northwest's familiar Sasquatch stomping grounds. One might imagine that this is best a film for someone fresh to the topic, who might have scant familiarity with these accounts, or the ardent Squatch completist. A few YouTube searches would probably yield just as much satisfaction.

As a critical document, it is a disaster. Exhibiting the usual problems that befall documentaries of this type, every one of the extraordinary claims and suppositions is presented without challenge. In particular, the Iraq footage, murky and indistinct (as are many of the clips), seems to show a dark-haired monkey in a copse of bushes, while voice-over states that the men filming “appear to be speaking in Arabic.” It would be an incredibly simple task for the filmmakers to verify this and, in the process, understand what the observers believed they were seeing. It’s the sort of willful ignorance of genuine truth-seeking that makes documentaries like “Sasquatch Among Wildmen” so hard for even casual skeptics to take seriously. When someone states a conclusion with assumed authority, we need to understand who is making the assertion. And we need to know why we should believe them. Self-confidence is not enough when it comes to making an extraordinary claim.

In the end, “Sasquatch Among Wildmen” may not be different enough from its cryptozoological brethren to warrant most believer’s time. But it goes without much saying that it won’t win over even the least critical disbeliever, either.