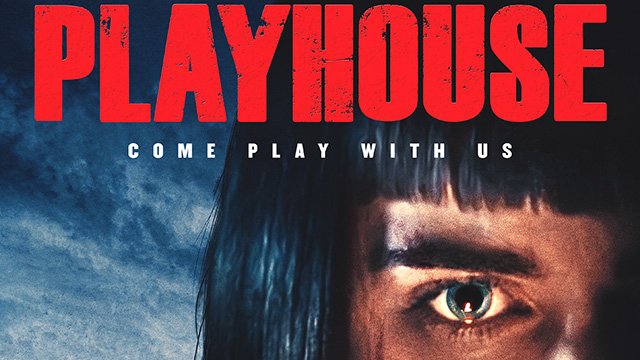 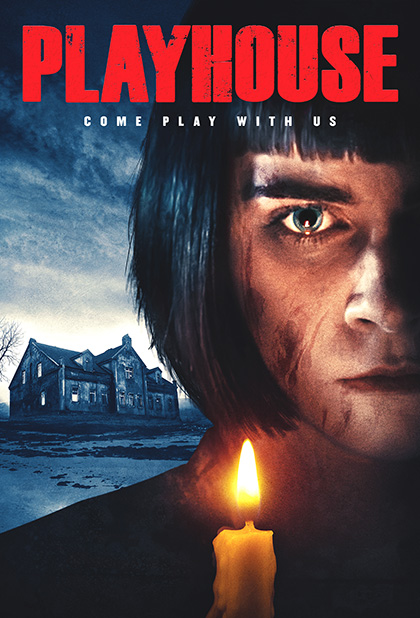 What is it about writers that attract them to remote houses that drive them mad and make them menace their children? Of course, the pinnacle of this trope is Mack Daddy "The Shining," and pretty much everything else seems a pretender to the throne, no matter how much they try to seek to stake territory of their own.

Jack Travis (William Holstead), a wildly successful horror playwright (!), has purchased a Scottish seaside castle and relocated there with his teenage daughter, Bee (Grace Courtney). Jack intends, not just to reside here and write his next great work, but to use it as a living stage, a "Playhouse," inviting cast and audience alike to interact within its walls. Seeking inspiration from the house's dark history, wherein a previous owner went mad and walled his child within the depths of its stone fortification. The story has it that the young lad escaped by making a pact with the Devil. Legend or no, something within the old rampart begins to torment Jack, much to the danger of young Bee.

"Playhouse" dots a lot of its "i" s and crosses plenty of its "t" s, but somewhere along the way, its script (by Watts Brothers directing team, Fionn and Toby) fails to put that final full stop on its characters and story logic. It starts promisingly enough, with Bee lamely attempting to fit into her new world, Jack seeking inspiration in the house and its history, and both struggling to relate as father and daughter.

But Jack goes from well-intentioned and jovial dad to flamboyantly intense madman in a matter of scenes. We never really get to see an evolution in his madness, nor a firm sense of what is driving him further and further to the brink. He may have been a lousy husband and an awkward father, but there's no real rhyme or reason to his transformation. If it’s personal demons that caused him to be so vulnerable, we're never really shown them, and if it's the ones in the house, is it the father, Mackay, or is it the tormented son Allister invading his mind? We're let to believe the latter was in league with the Devil, but it seems the former is doing the haunting. Jack's decline is so hodge-podge, willy-nilly. He's brooding; he's gregariously seductive. Everything from hellish apparitions to seduction by his ex-wife haunts him. If these are hallucinations brought on by madness, then his mental illness sure is on the fast track, but if these are supernatural apparitions, what are they trying to accomplish?

Add to this the neighbors, Jenny (Helen Mackay), and her boyfriend, Callum’s (James Rottger), uneven characterizations. Jenny seems so concerned for Bee's welfare, yet, fails to be concerned after several visits to the isolated castle without having seen Bee. Callum suddenly, and without and pre-established notion, decides he's going to make his fortune as a writer and seeks out Jack's approval (resulting in one of the more oddly sexually charged scenes in the film–something that seems lost on the younger man). Character points and behaviors exist to enable the machinations of the story rather than drive it. Callum's ominously declares, "Jenny's fragile," and the film cuts to a Rambo-like Jenny kicking open a door, sledgehammer in hand. This laugh eliciting transition exemplifies how little Callum seems to know his girlfriend and how little the story seems to know its characters.

"Playhouse" has everything working in its favor, a great, moody setting, a quite good cast, excellent cinematography, but by the time the film wraps itself into a too tidy and pleasant ending, we don't care. It’s a film as awkward as the pun of its title that can’t decide who its characters are, what its monster is, and as a result, it doesn’t know what sort of film it wants to be.