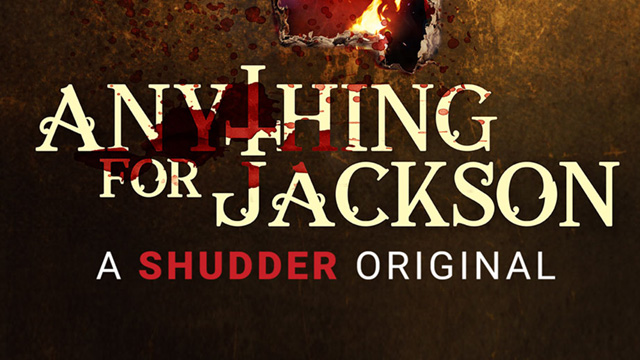 Diablo Joe Reviews - Anything For Jackson

"Anything For Jackson"
review by Diablo Joe 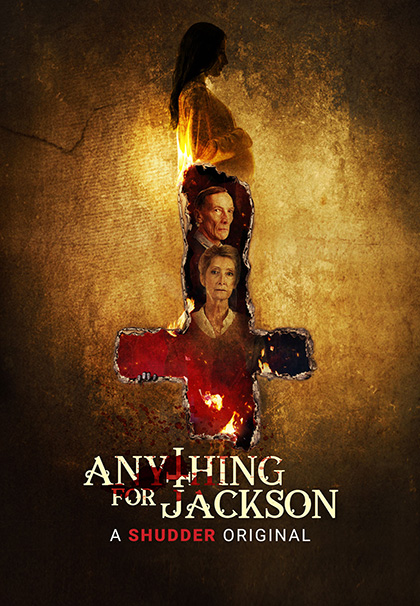 The Walshes, Audrey, and Henry, a charming and almost too sweet older couple, share a gentle banter as Henry prepares to leave for his day at work. We’re surprised when there is an arrival at the door, but the pair become positively giddy with anticipation. But all possible audience expectations are confounded as the two greet their guest with an incapacitating whack on the head, and Henry then drags the young woman through a door off the kitchen, which reveals a small elevator to take them up and away. You see, Audrey (Sheila McCarthy) and Henry (Julian Richings) are a pair of aging suburban Satanists. Mourning the loss of their beloved grandson Jackson, they have sought out an ancient tome in the hopes of bringing their boy back. And they have decided that the perfect vessel for his return is Samantha Becker (Konstantina Mantelos). Or, more accurately, her unborn child.

So begins “Anything for Jackson,” the newest film from the team of director Justin G. Dyck and writer Keith Cooper (more on that pair confounding expectations, later). Part black comedy, part nightmarish supernatural horror, it does an incredible job of balancing the two. The picture's tone may lighten with the quaint, slightly-dotty-ness of the Walshes–Audrey tending to the pregnant Becker and Henry struggling to fend off visits from insistent handymen and a curious police detective–but it always keeps an ominous pall over everything. Especially when the Walshes realize that, in opening the doorway for young Jackson to return, they may have invited things far worse to accompany him.

Across the board, the cast is superb. McCarthy, who first gained notice as the day-dreaming lead in 1987’s “I’ve Heard the Mermaids Singing,” but is probably most familiar as the intrepid Sam Coleman in “Die Hard II,” brings the best of both those roles to Audrey. She’s adorably sweet in admonishing Becker for her exclamation of “Jesus” (“Oh, we don’t use THAT name in our house”). Ruthless, though wide-eyed and hopeful, Audrey will do, well, anything for Jackson. Veteran actor Richings (the sepulchral Death in “Supernatural”) is wonderfully exasperated as Henry. He valiantly fights to present a veneer of normalcy to the world, as the fallout from his unholy actions keeps threatening to bring everything crashing down. While Audrey will do anything for Jackson, Henry will do anything for his wife.

Mantelos’s Becker is a great character, at first dismayed at the news of her pregnancy, she finds her maternal instinct intertwined with her sense of self-preservation. Of particular note is Josh Cruddas as Satanic adept Ian, the socially awkward, abrasively sanctimonious member of the Walshes church. Furtive, weaselly, and sporting the absolute ugliest hair in cinema history, Ian’s insistence that he be taken seriously proves more than just the pleadings of a misfit. Cruddas is utterly believable in the role.

Dyck and Cooper somehow keep the Walshes charmingly malevolent throughout the entirety of the film. They’re never nasty or cruel, always driven by their love for their grandson and each other. It’s strangely sweet. What are horrifying and foul are the often visually assaulting supernatural terrors that the couple has unwittingly invited into their home. The pair are confident in their horror filmmaking skills, somewhat surprising given that their resumes consist of a suite of television Christmas movies! There is no irony lost in Shudder is billing this as their holiday counterprogramming. Good filmmaking is simply good filmmaking, no matter the pedigree.

“Anything for Jackson” is an original and effective addition to the Satanic supernatural horror canon. Maintaining an oddball quaintness thanks to McCarthy and Riching’s enjoyable performances but delivering its share of jolts and scares, it’s a welcome respite from the holiday cheer.