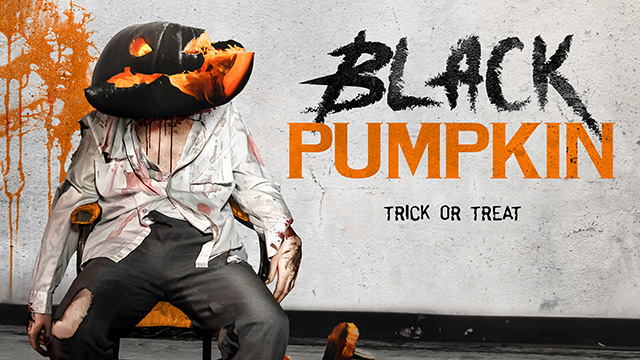 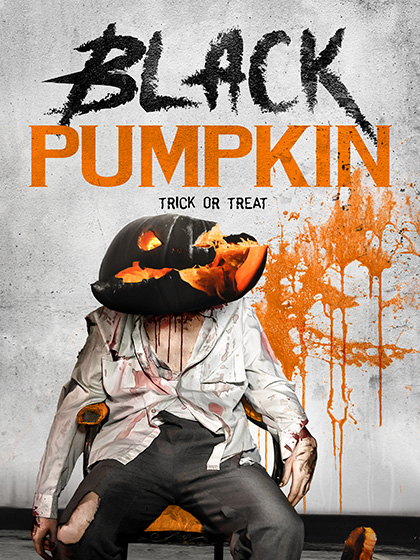 Halloween, the Christmas for fans of the macabre, the holiday that never ends for so many, will always be a fruitful source of inspiration for horror films. From Michael Myers, to Sam from "Trick 'r' Treat," to Pumpkin Bitch, there have been some great Halloween-specific terrors. Could "Black Pumpkin" position the diminutive, demonic Bloody Bobby as part of that cadre of creeps?

"Black Pumpkin" is the sequel to 2016's "Bloody Booby," an Indiegogo-funded feature that introduced the character's history, but is unfamiliar to this reviewer and seemingly too many others as it sadly appears to be unavailable online or via DVD. This follow-up was both written and directed by Ryan McGonagle, co-screenwriter of the first film, and Bobby returns for another Halloween reign of terror. It's to McGonagle's credit that, even with several returning characters, this film works as a completely independent work. Many viewers might not even suspect that this is a sequel.

Young Eliot Peterson and his buddy Lawrence "Pork Chop" Chubbs inadvertently bring Bobby back to terror while working on a school project documenting their town's legends. To make matters worse, it seems the Peterson family now lives in the house where Bobby murdered his victims years ago. And as Halloween approaches, Bloody Bobby hacks and slices his way through the teens of Fall Creek Valley, as he makes his way from his resting place in the hills of Diablo's Den to their home.

A pretty familiar fun slasher, "Black Pumpkin" pays tribute to many of the classics in tone, style, and even outright homage. Concentrating on the Peterson teen Laurie and her friends, as well as Elliot, Pork Chop, and the youngest Peterson, the Jason Voorhees-obsessed Regan, it feels straight out of the '80s. That era when kids ruled and adults were mostly clueless parents, cops, and perhaps a crazy figure who knows too much about the evil plaguing the town.

And the kids and teens are a huge part of what makes "Black Pumpkin" so much fun. They're just the right amount of smart-ass and cheeky without ever being too obnoxious. They're terrific. In particular, Ellie Patrikios as Laurie is lovely, and Grayson Thorne Kilpatrick makes Pork Chop the perfect self-confidently unflappable nerd. But it's Gemma Brooke Allen as young Regan who steals the show with her charm, spunk, and ear-splitting screams. She's a gem. McGonagle's handling of these actors, especially when the youngest share the screen exclusively, shows a real knack for casting and direction.

Less assured is his handling of the action, which sometimes is a bit manic and hard to follow. A lot of this is the result of the film's low budget, as proper stunt work was probably not a luxury the director had. Attempts to cover that with camerawork and editing work result in limited success. Likewise, the gore and effects are mainly gouts of blood, with little else, but they're fun, especially with the presence of Bloody Bobby. There is also sometimes pretty awkward story logic, especially when a character witnesses several victims just before their deaths but seems to have never bothered to speak with the police. And the odd presaging of Bobby's attacks with the appearance of a bloody nose is never explained, though that may be a holdover from the film's predecessor.

And what of Bloody Bobby? Does our pint-sized terror make the cut, so to speak? McGonagle gives some great moments with the character, making use of his size to tuck him away in odd corners and spaces where we might not expect him. The creepy wise-cracks, combined with the energetic physicality of little person actor Jo Osmond, make Bobby a fairly formidable and generally pretty danged effective entry into horror’s holiday canon.