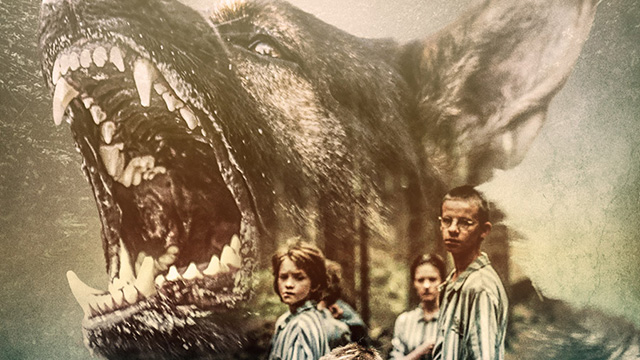 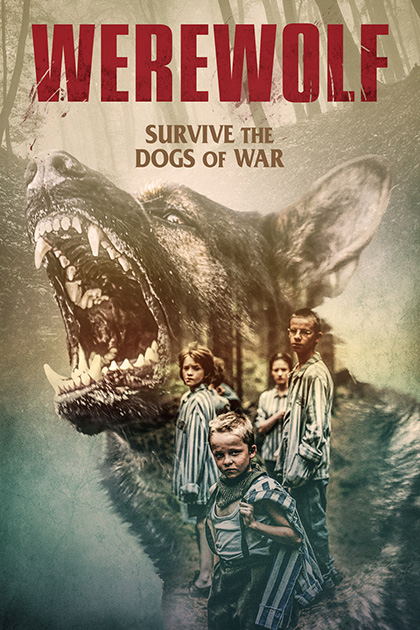 This Polish film, set at the close of World War II, might mislead some who come into the picture via the title alone. No, there are no lycanthropes, or even wolves, in this movie, nor is there anyone behaving like werewolves. But the terror in the film is visceral, and the tension it imparts to its audience is real and harrowing.

And it is a pretty incredible motion picture.

"Werewolf" is the story of a group of children, refugees from the Nazi concentration camps, recently liberated by Russian troops. Orphaned and with no homes to return to, an abandoned mansion in the mountain woods is now their shelter. Food is near-nonexistent, and their matron, Jadwiga, is essentially indifferent to their welfare. But the children's nightmare intensifies as the camp's vicious guard dogs, now running wild, descend upon the castle, trapping the children alone, without supplies, and at the mercy of each other.

The film focuses on three of the children. The two eldest, Hanys and Hanka (almost an adult and one of the few girls), become the de facto leaders. The awkward, bespectacled Wladek, though possibly the smartest, is also the most damaged by his ordeal in the camp. A combined desire to fit in and gain respect leads to him becoming a treacherous oppositional force to the group's well-being.

The young cast, to a one, is exemplary. These are not easy roles. The children of "Werewolf" have experienced, in their brief years, horrors that most people never will in the entirety of their lifetimes. We can see those experiences writ large on their faces while never forgetting that most have yet to achieve adolescence.

Likening this to William Golding's "Lord of the Flies" may be an obvious comparison, but it would be an egregious one. Golding took children who were the elite–well-bred, educated, and privileged–and showed us their de-evolution into brutal tribal examples of humankind's worst traits. If there are any here who are humans at their most base, it would obviously be the Nazis (though the Russian soldiers are not saints by any means). The camps tried to break these children long ago. They were less than animals in the eyes of their captors, and their fate seemed almost sealed. Now free, this is as much about the reclamation of their humanity as it is about their survival.

"Werewolf" can be wickedly intense. It's a war of attrition between the hungry dogs, trained solely to obey their masters and kill, outside the house and the starving children, who have known nothing but survival at all costs, inside the house. While becoming more at odds with Hanka and Hanys, Wladek finds himself siding more with the beasts than his fellow children. And further threats abound as the group encounters wandering soldiers, both Allied and Nazi, neither of whom have the children's interests in mind. All of it makes for a well-crafted and tense thriller, but potentially with profoundly more significant emotional stakes than some other pictures.

While some may question classifying it as horror, "Werewolf" certainly shares enough in common with a particular book and film created by genre royalty to qualify. But it is much more than just a horror film. In the end, surprisingly, "Werewolf" becomes a statement about the strength of humanity in the face of evil and adversity. It becomes a testament to human resourcefulness, intelligence, redemption, and our ability to have mercy.