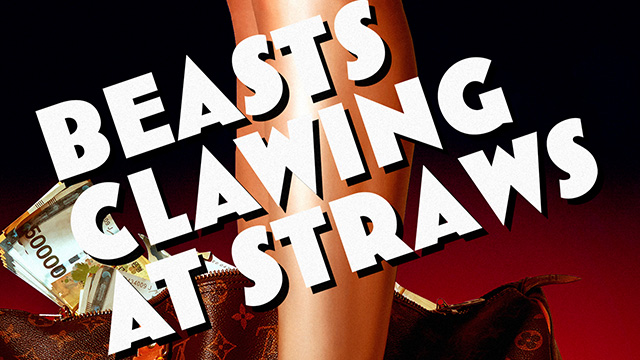 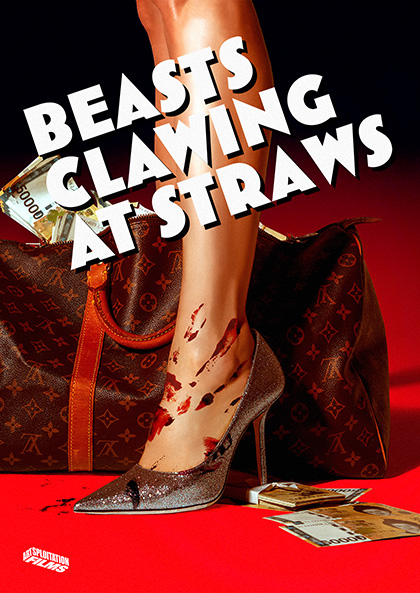 Perhaps all up and coming filmmakers should begin a steady diet of kimchi because it seems as if the South Koreans really can do no wrong as of late when it comes to incredible movies. As exemplified by the films of Park Chan-wook, Yeon Sang-ho, and most celebratedly, Bong Joon-ho, South Korean films have captured Western attention. They exhibit complex storytelling, beautiful photography, production values, and well-drawn characters while providing a visceral cinematic experience. Add the name Kim Yoon-Hoon to the list of directors to watch.

“Beast Clawing at Straws” is not just an engaging thriller but also a surprisingly adept debut film. Adapting a novel by Keisuke Sone, Kim weaves an intricate tale of multiple characters and stories, all tied together by a McGuffin in the form of a Louis Vuitton bag filled with money. As one can imagine, with a plot involving such an item, treachery, deceit, and violence follow this bag and the people who seek it out. Most fall prey to their individual levels of greed and moral indifference, bringing significant collateral damage as well. Separated into six chapters, it initially focuses on two major character threads before unraveling into several more that finally re-weave themselves into the picture’s conclusion.

The film opens with former restaurateur Joong-man working as a clerk in a spa to make ends meet and provide for his ailing, dementia-prone mother. Clearing the lockers at the end of his shift, he finds the bag and money. Rather than taking it, he places it for safe-keeping in the storeroom but tells no one of its contents as he ponders what to do.

Tae-young is a customs officer whose girlfriend has disappeared after borrowing money on her behalf from a local businessman and loanshark. The latter has vowed to take Tae-young’s hand if he cannot repay the money owed. Tae-young forms an elaborate scheme to swindle an acquaintance, but everything begins to wrong when he encounters an overly intrusive police detective.

These two stories quickly branch out and expand, eventually focusing on a total of eight players seeking the money. Combine this with all manner of colorful, sordid supporting characters, missing persons, dismembered body parts, and several subplots, the audience, particularly a Western one, might find themselves wondering if they’ve lost track of something. It’s a Byzantine play of characters, stories, and even timelines that unfolds in a manner similar to “Pulp Fiction.” And if there was a director whose Kim’s work here might call to mind, it could be Tarantino, minus the endless pop-culture references and self-awareness. It’s a film that rewards those who stick through the initial confusion. There will come that “Ah-HA!” eureka moment when everything you’ve seen coalesces, and you will just wonder, with rapt attention, where all this will finally lead.

“Beasts” contains more than its share of tense moments, as characters’ circumstances repeatedly teeter on edge, with the danger of being found out, or violence, always at risk. The whole cast, made up of some of South Korea’s most respected actors, adds depth, color, and flair to their roles, resulting in a cinematic rogues gallery.

Without familiarity with the source novel, it’s hard to say how much of the storytelling's genius is due to Kim. Yes, the first quarter, in particular, could be a bit cleaner and tighter, but his direction is always engaging, always riveting. It races along with tension, humor, style, and blood pumping excitement. And once the audience has a firm grasp on the situation, Kim has long before gotten his grip on them and given them, with “Beasts Clutching at Straws,” one of the most exciting films of 2020.