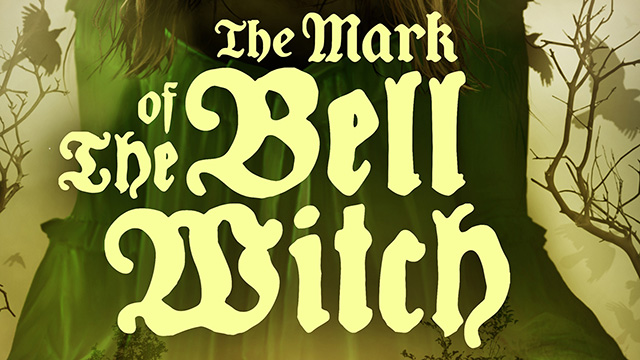 "Mark of the Bell Witch"
review by Diablo Joe 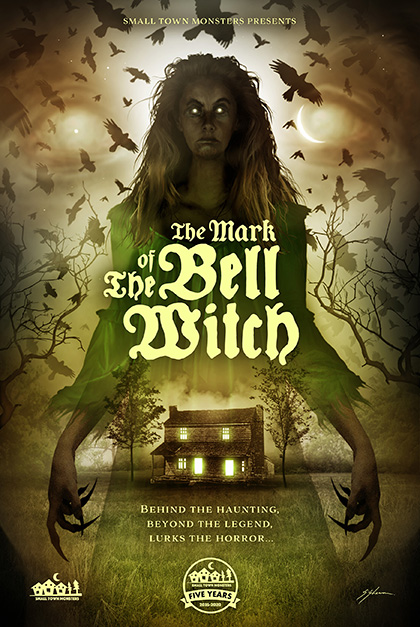 Mark of the Bell Witch

One of the great things about the past is the multitude of stories that can be told just from one place and time in history. Filtered through decades, even centuries of perspective and tellings, it can become so much more than only the truth. “When the legend becomes fact, print the legend,” the adage goes. And some have said that the best documentaries are the ones that tell a story. The legend of the Bell Witch is a great story, and Seth Breedlove’s “The Mark of the Bell Witch” is a pretty great documentary.

The Bell Witch Legend centers around the family of John Bell. Bell resided in Middle Tennessee, along the Red River, in the early part of the 19th Century. Following an encounter with mysterious animals near his home, the family, especially young daughter Betsy, began to be plagued by strange sounds and instances of supernatural visitation. Eventually identifying itself as “the witch of Kate Batts,” this entity would plague the family for many years and be regarded as responsible for the illness and death of John Bell.

Breedlove presents the story through a series of illustrations, historical accounts, and reenactments. Historians and folklorists, both local and academic, provide further commentary and perspective interwoven throughout the film. And unlike many films on supernatural topics, content to just recount the basics, “Bell Witch” digs deep into the era's social color. Examining the implications of such influences as religion and slavery bring to the tale, he presents a dense and fascinating picture of Tennessee in the early 1800s and its people.

Besides being a very informative and engaging historical documentary, it's highly entertaining. Breedlove’s black and white recreations are, aside from a woefully bad wig, wonderfully presented and shot. Voiced over with recitations from historical documents or the film’s historians' insights, they are often quite terrifying; they could effectively be a horror film in their own right.

The film, both the reenactments and the interviews, is wonderfully shot. Add to this the lovely and evocative drawings and photographic illustrations, and you get a great-looking presentation with high production values throughout the film. It is smartly structured and edited, with a balance of talking heads, actors, and historical content. The one criticism might be that, overall, it’s a bit long. Breedlove seems to have found it hard to leave anything out. That said, the film is never dull, and it presents its topic thoroughly and with diligence.

“The Mark of the Bell Witch” is a rarity in the world of documentaries on period supernatural occurrences. It is a carefully crafted, intelligent document that pays respect to the past, American folklore, and its subject. As such, it will please fans of both the paranormal and history.

This devil of a reviewer gives “The Mark of the Bell Witch” 4 out of 5 imps.