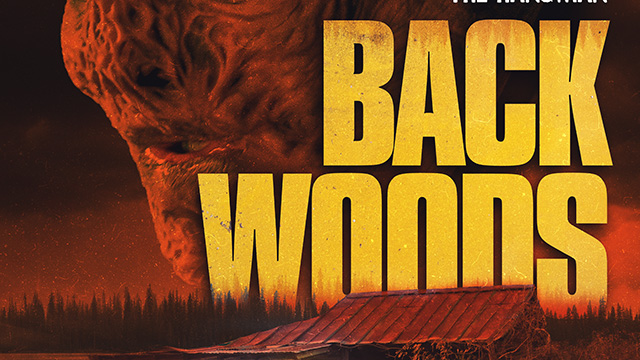 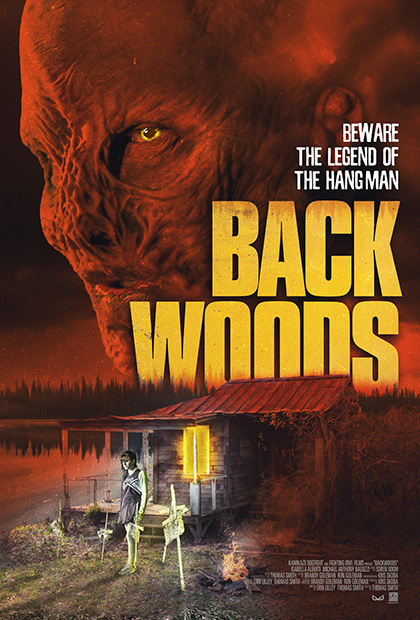 Slasher films are one of the great staples of the horror genre. And they are a go-to for low budget and indie filmmakers because the basic elements are so simple. Killer. Weapon. Victim. Essentially that’s it. Of course, this means that there are usually more bad rather than good examples out there. Finding something with a bit of zest and quality is, therefore, all the more enjoyable. And “Backwoods” is a pretty enjoyable slasher pic.

“Backwoods” opens with cheerleader Molly escaping into the woods after waking, bound and trapped, in the trunk of a car. The film then works its way through the events that brought her to this point. Earlier, Molly had spent her evening at a post-game party with her QB-jock boyfriend, Hunter. Along for the festivities were kid sister Olive and smart-aleck team waterboy Noah. And one drugged drink. In attempting to evade her date-rape predator, Molly finds herself at the mercy of a much more terrifying one in the form of local legend, The Hangman.

Dual menaces are nothing new in slasher horror; there have been frequent competing antagonists before. “Backwoods” makes it topical while developing some nice twists along the way to keep the audience guessing. And The Hangman, while nothing particularly original, has a great look and a few twists of his own. But Director Thomas Smith, who co-wrote with Erin Lilley (pulling double duty herself as one of Hangman’s earlier victims), keeps things moving briskly. The film flashes back and forth in time without ever seeming clunky or awkward, and Smith’s editing deftly directs (and misdirects) our focus throughout.

Smith’s young cast is likable and appealing. They define their roles nicely, taking what could have been cookie-cutter, rote teen characters and giving them dimension. The actors are fun to watch, and Michael Anthony Bagozzi particularly stands out as Noah. Their jobs are aided by some enjoyable, quippy, often overlapping dialogue. At times we’re almost in an unholy collaboration of John Hughes and Aaron Sorkin.

If one wishes to level a criticism at the film, “Backwoods” visually shows its budgetary restrictions almost to a fault. The film exhibits an excellent eye for shot composition. Still, almost universally, the photography itself, no matter the situation, bathed in a garish orange tone and blown-out highlights that threaten to rob the film of any mood. Furthermore, the lighting exposes many problems in the production design, though one unfortunate decision would stand out despite everything. For a killer known as “The Hangman,” his choice of rope seems better suited for wrapping packages than lynching victims.

While the film sells itself on its characters and clever direction and story, some extreme horror fans may be disappointed in a lack of body count. “Backwoods” delivers on suspense, but overall, in the end, it’s relatively tame compared with some of the genre. If that’s your must-have priority, then you might be disappointed. But you’d be doing the film a disservice as it’s a solid gem of a horror film.

This devil of a reviewer gives “Backwoods” 3 out of 5 imps.