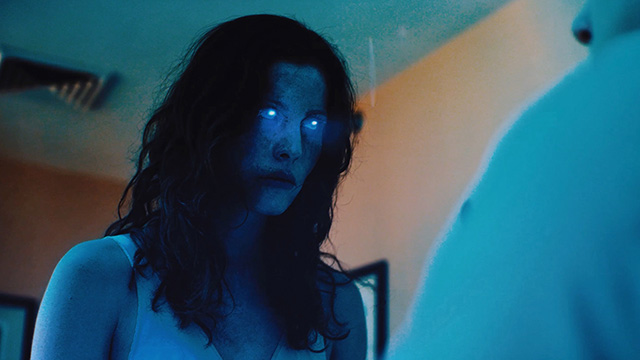 "The Waiting"
review by Diablo Joe 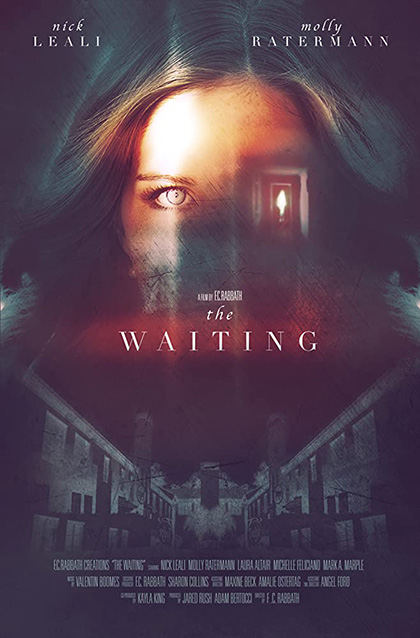 If you were to judge a film by its promotional materials, or even by its title, you might expect “The Waiting” to be a dark, brooding gothic ghost tale. If you were to judge it by its frenetic opening scene, with a cleaning trolley traveling down a hotel hallway with the urgency of a gurney rolled toward an ER theater, you might imagine it was something completely different again. You’d be wrong on both counts. “The Waiting” is a ghostly rom-com involving a haunted hotel room and a nebbishy employee, and the spirit of the young woman trapped within its walls. It’s an earnest attempt at a lighthearted and sweet concept that unfortunately found itself getting made four decades after the era that might have appreciated it more.

The Lodge is a hotel with a ghost problem. A young woman, rumored to have committed suicide after being abandoned by her lover, haunts room 101. Her troublesome nature has grown to the point where she has begun to harm business. New employee Eric, hapless and lovesick for his ex-girlfriend, is determined to make his mark at the new job. Defying the admonitions of his co-workers, he befriends the spectral and forlorn Elizabeth. But in seeking to help her and save his job, Eric’s heart becomes as entwined with his ethereal new friend.

The basic concept behind “The Waiting” is a reasonably solid one, just the sort of fluffy but pleasant stuff makes for a great popcorn evening spent on the couch with a partner or best friend. Sadly, the film saddles itself with one ridiculous plot convolution after another. What is worse is that it misfires as a comedy, with the humor falling leadenly flat.

If “The Waiting” resembles anything, it’s the drive-in era comedies of the late ‘70s and early ‘80s. These films expected you to check your brain entirely and just blithely roll with whatever scenario they needed to get through the film. Eric starts his first day at work late and is promptly allowed to roam the hotel, getting into all sorts of light mischief. He’s not just inept; he’s outright obnoxious and intrusive. And yet, when the hotel owner meets him, he’s instantly liked and even invited out for a game of golf. In searching for Elizabeth’s wayward lover, he wanders into a nursing home and is allowed to leave with one of the elderly residents, effectively kidnapping him. Meant to be humorous, these scenes lack any flair that might forgive the stretches in believability.

As Eric, Nick Leali has the wide-eyed bumbling down pat. But he’s so awkward as to seem uncomfortable no matter the situation. Better is Molly Raterman as Elizabeth, though the role asks little of her other than to alternate between angry and woeful. One wishes that the film had down more with Laura Altair as Eric’s co-worker Sally. Altair is adorable–the best thing about the picture–and her scenes with Eric are some of the most enjoyable and natural for the latter. The story hints at romantic possibilities for the two, but the film abandons this to its detriment. Also quite delightful, and sassy, to boot, is Michelle Feliciano as Sally’s fellow hotel maid.

“The Waiting” just never gels enough to make it entertaining for anyone but the least discerning viewer. If its main character had been a bit more appealing, its humor slightly more on point, and its story conceived with fewer ridiculous twists and machinations, the movie would at least be a fun way to pass an evening. It would still be an empty-calorie experience, but it would be the difference between a Big Mac and a 7-11 microwave cheeseburger.

This devil of a reviewer gives “the Waiting” 2 out of 5 imps.