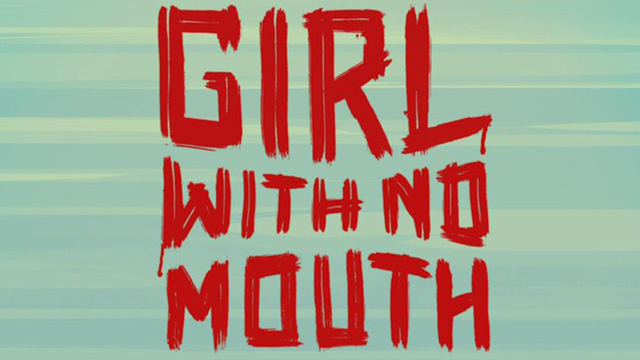 "Girl With No Mouth"
review by Diablo Joe 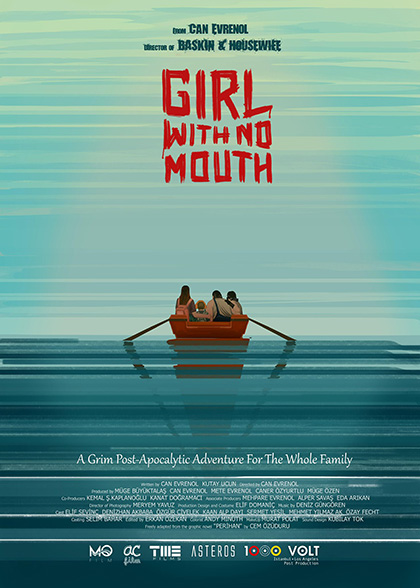 Girl With No Mouth

Turkish director Can Evrenol is the man responsible for the excellent 2015 film “Baskin,” a surreal, nightmarish mind-f––– of a horror film. Anyone who has experienced that film will probably be very surprised by “The Girl with No Mouth,” a film sweet and often poetic as it is. This is not to say that the film doesn’t have its horrors. Oh, no, they are there, and they are quite terrifying.

War rages across the globe. Young Perihan and her father have escaped to the seclusion of a small home in the wilderness. Peri, like many children following a catastrophic event attributed to “The Corporation,” was born with a deformity. She has no mouth. When her uncle, a Corporal in the “The Corporation,” kills her father, Perihan flees, her uncle Kemal in pursuit. She finds harbor with the Pirates, a trio of boys who share her deformity. Tiny Badger has no ears. The rotund Yusef, no nose. Their leader, a colorful, dashing character called Captain, has no eyes. Each boy fills in a need for the others, and Peri seeks to find her place in the group. But the four are now all the targets of Kemal and his soldiers.

There is an almost fairy-tale quality to “The Girl with No Mouth.” Echoes of “Peter Pan” and darker, older tales. The film conjures comparisons to the pictures of Guillermo del Toro, “Pan’s Labyrinth” in particular. It is no coincidence that Captain calls the girl “Peri,” the Turkish word for “fairy.” But unlike Del toro’s films, “The Girl” is firmly rooted in a plausible world. There is no magic. At least not of the supernatural variety.

The children are, simply put, spectacular. The young cast carries the film and gives it its spirit and heart. Elif Sevinç is luminous in a role that requires her to convey everything with almost just her eyes (the mask she wears to cover her missing mouth takes on a strange familiarity in our current times). The young actors playing Yusef and Badger are excellent–genuine and never succumbing to typical child-role tropes. But the standout is Denizhan Akbaba as the flamboyant Captain. Intelligent and eternally optimistic, he has kept the other boys alive through buoyant stories that lifted their spirits and served as cautionary tales. And Akbaba’s chemistry with his young female costar is lovely.

Evrenol takes these young actors through a series of adventures, quests of survival and growth, that evoke archetypal fables and legends. As they make their way, Peri, the only one of the party who can read, slowly unravels for us the history of events that created them and her uncle’s role. Throughout the film, Evrenol floats the spectre of war and all that it entails. We begin to understand why Kemal wants them all dead and is so terrifyingly ruthless in his pursuit. Kemal speaks with fear of an impending “peace” and reminds us that the term often means entirely different things to war’s winners and losers.

The film does leave some issues dangling. Mid-film, it introduces an armed woman who attempts to fend off Kemal and his men, but she is quickly forgotten. And elements of the ending may ring somewhat false. It’s not a perfect film, but “The Girl with No Mouth” is, without a doubt, a very special one. Only a handful of directors recently have dealt with a young cast so successfully in such a setting–del Toro, of course, and Spielberg (the latter perhaps given far more credit than he deserves).

Can Evrenol has given us a film of great spirit and humor, with terrific characters and performances. It is both terrifying and uplifting, heartbreaking and hopeful. With ”Baskin” at one end of the spectrum and “The Girl with No Mouth” at the other, Evrenol has established himself as a talent to be sought in the world of fantastic films.

This devil of a reviewer gives “The Girl with No Mouth” 4 out of 5 imps.